CELEBRATING THE FIRST INDEPENDENCE OF THE ARMENIAN REPUBLIC IN ANTELIAS 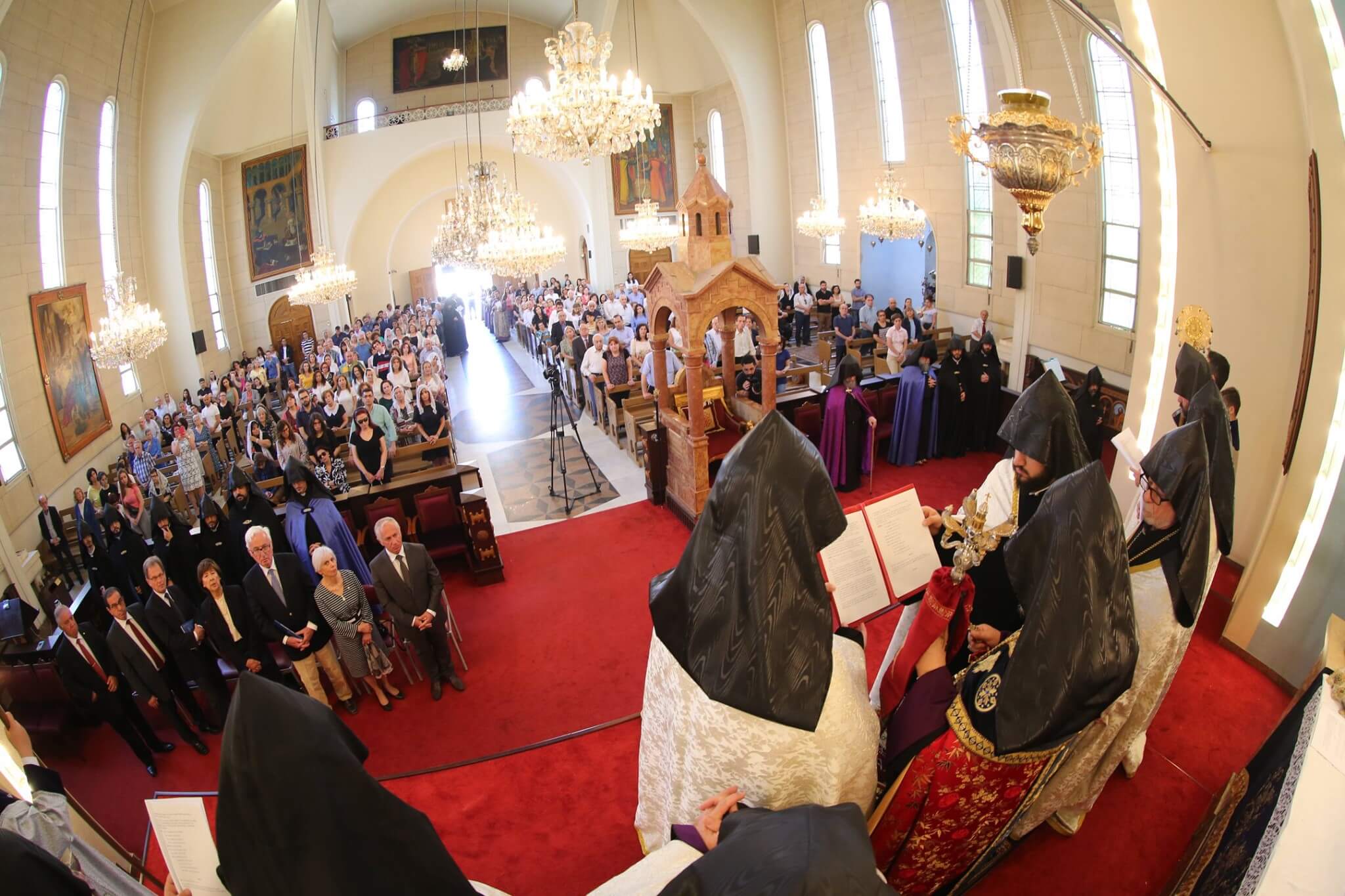 On Sunday, May 26th, 2019, the 101st anniversary of the first Republic of Armenia was marked at St. Gregory the Illuminator Cathedral in Antelias. His Holiness Aram I presided over the Divine Liturgy and conducted the thanksgiving prayers for the Armenian Republic, blessing of the flag, as well as a requiem service for the souls of the Martyrs who fell in the Battle of Sartarabad in front of the Independence Monument.

The message of the day was delivered by the Catholicos. He underlined that the source of Armenia’s strength has always been the connection of its people with their homeland, and Armenians consider Armenia to be sacred; hence, the Armenian Church conducts a thanksgiving prayer for the Republic. His Holiness summarized the message in three main points, where he stressed that:

At the end of the service, the celebrations continued at the Main Hall with a cultural program prepared by the Seminarians, and marked the nameday of His Holiness Aram I.