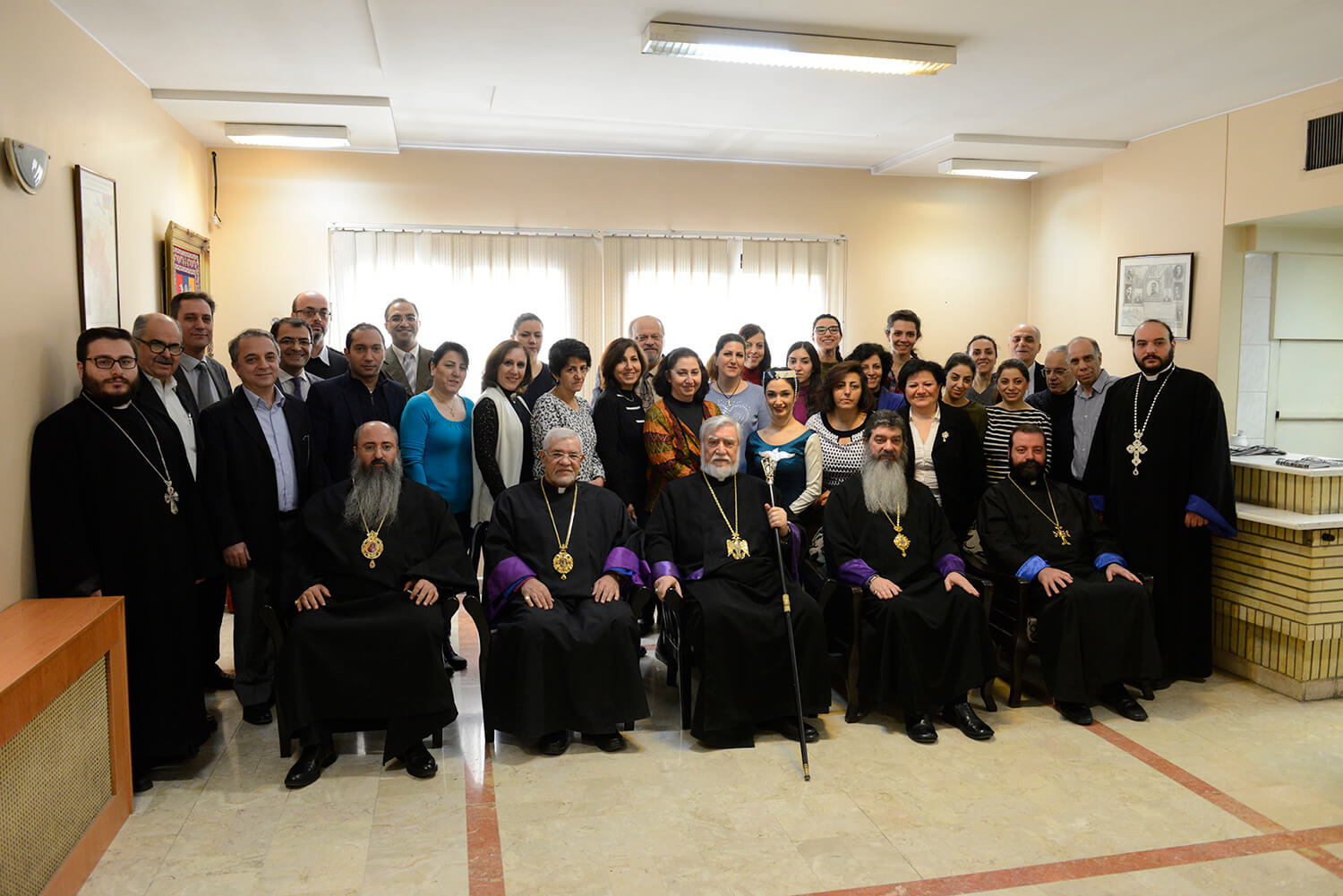 19 December, 2016. On Monday afternoon, His Holiness Aram I visited the offices of “Alik,” where he was received by the Board, the heads of departments and the Armenian members of the Parliament of the Islamic Republic of Iran. Maître Henrik Kholoyan, representing the Board, welcomed the Catholicos. Members of the newspaper’s staff and political representatives of the community then took the floor. The speakers congratulated His Holiness Aram I for his 20 years of spiritual leadership and agreed that he had opened new perspectives in the pursuit of the Armenian cause and justice. In his response, Catholicos Aram I told the staff that for him “Alik” is a voice accompanying the spiritual and national aspirations of Armenians in Iran and the Diaspora. The visit ended with a special gift the Board offered to His Holiness.