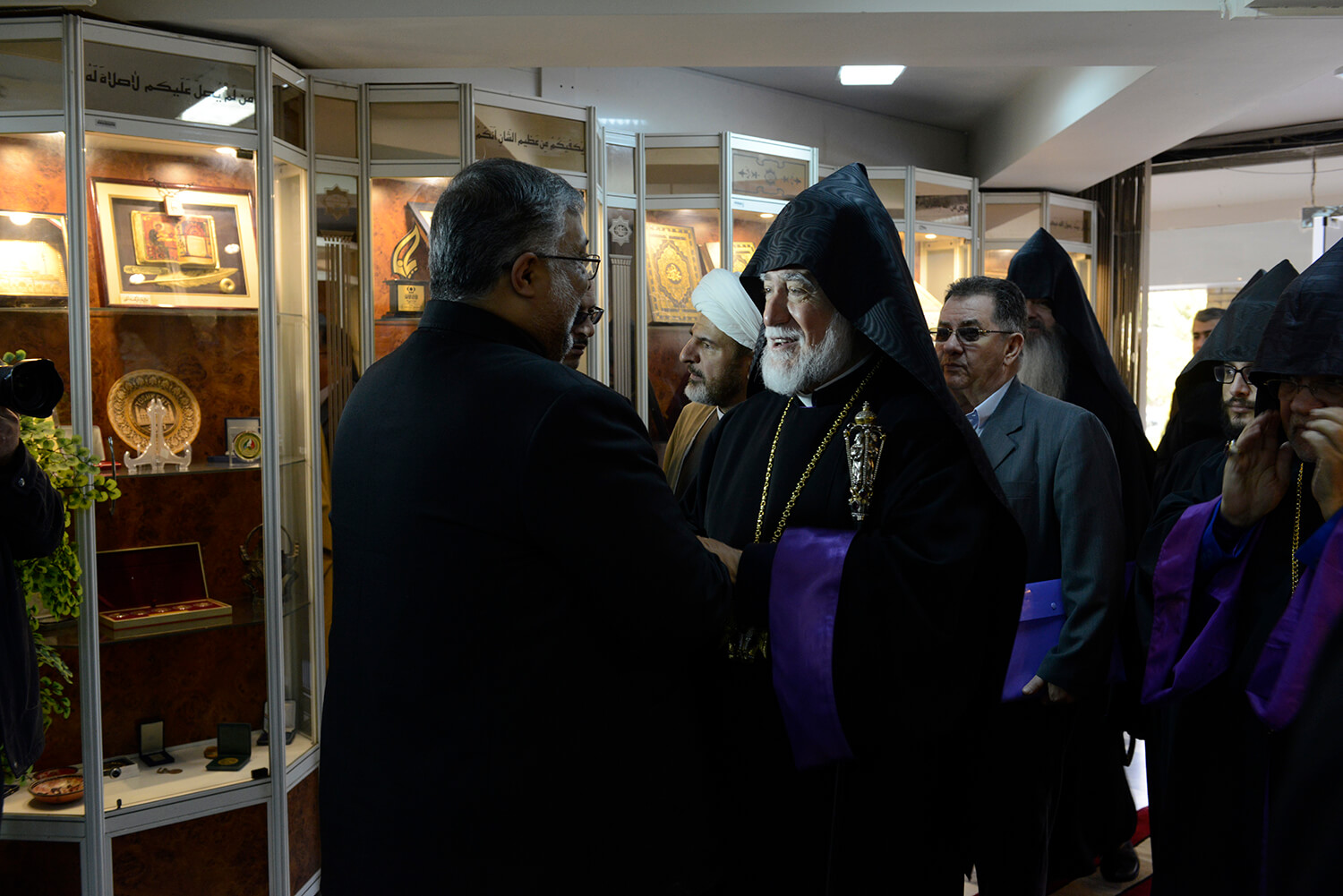 13 December 2016. On Tuesday morning Catholicos Aram I, accompanied by Archbishop Sebouh Sarkissian, Prelate of the Diocese of Tehran, Bishop Krikor Chiftjian, Diocese of Aderbadagan, Very Rev. Sipan Kechejian, Pontifical Vicar, Diocese of Isfahan, members of his delegation and the members of the Diocesan Councils of Tehran, arrived at the Centre for Culture and Communication of the Islamic Republic, where they were met by Dr Abouzar Ebrahimi, President of the Islamic Culture and Relations Organization, and  Dr. Mohammad Mahdi Taskhiri, Director General of the International Center for Interreligious Dialogue (CID).

His Holiness Aram I opened the 7th Dialogue meeting between the Catholicosate of Cilicia and the CID at the Hussein Al Zahra Conference Hall. After thanking the organizers, he stated that the theme of the current meeting, “The Role Of Religious Values And Reason In Overcoming Extremism And Global Violence,” urges everyone to engage in interreligious dialogue in order to build healthy relationships and peaceful communities. In his conclusion, the Catholicos stated, “In our small globe, peoples, religions and cultures cannot live, work and advance together unless they build societies based on mutual understanding and respect.”