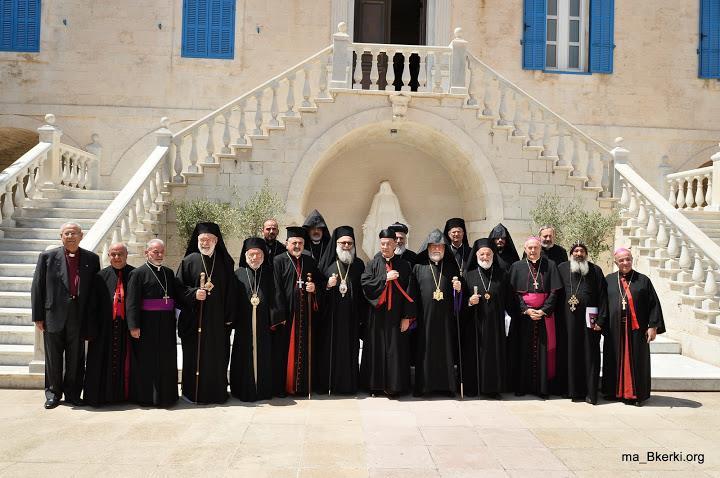 31 August 2015. On Monday, His Holiness Aram I attended the Inter-Christian summit at the Maronite Patriarchate in Bkerke. The purpose of the meeting was to discuss and state a common position on the current street protest and its consequences. In his intervention, Catholicos Aram I said that it is urgent that Lebanon elect a President in order to resolve the current political deadlock. He told the summit that a president is not a president only for Christians, but is called to represent and serve all Lebanese. Noting that Lebanese politics is conditioned by regional and international interests, he urged Christians to work to overcome all pressures in order to save Lebanon.