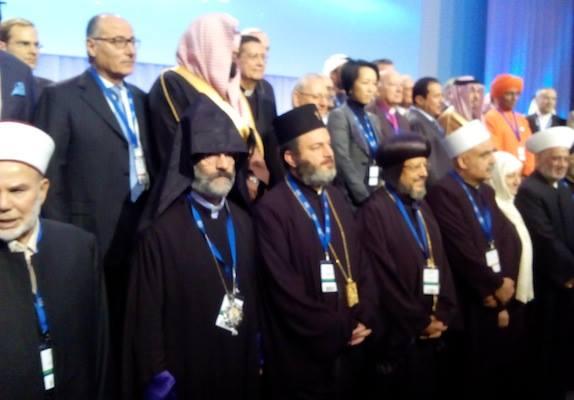 18-19 November 2014, Archbishop Shahan Sarkissian, Prelate of the Diocese of Peria (Syria), and V. Rev. Housig Mardirossian, Director of Ecumenical Relations, represented His Holiness Aram I who was invited as keynote speaker but could not attend because of a previous commitment.

The International Conference was organized by the King Abdullah Bin Abdulaziz Dialogue Centre in Vienna, where religious leaders, as well as representatives of governmental, non-governmental organizations and civil society, were invited.

During the opening session, Archbishop Shahan Sarkissian read His Holiness Aram I’s paper on the theme “Cooperation Between Religious Leaders And Civil Society In Countering The Misuse Of Religion.” During the next session, V. Rev. Housig Mardirossian spoke during the round table on Interreligious education.

In its final statement, the conference condemned violence in the name of religions and expressed its solidarity with all minorities.