THE SAUDI AMBASSADOR TO LEBANON VISITS HIS HOLINESS CATHOLICOS ARAM I 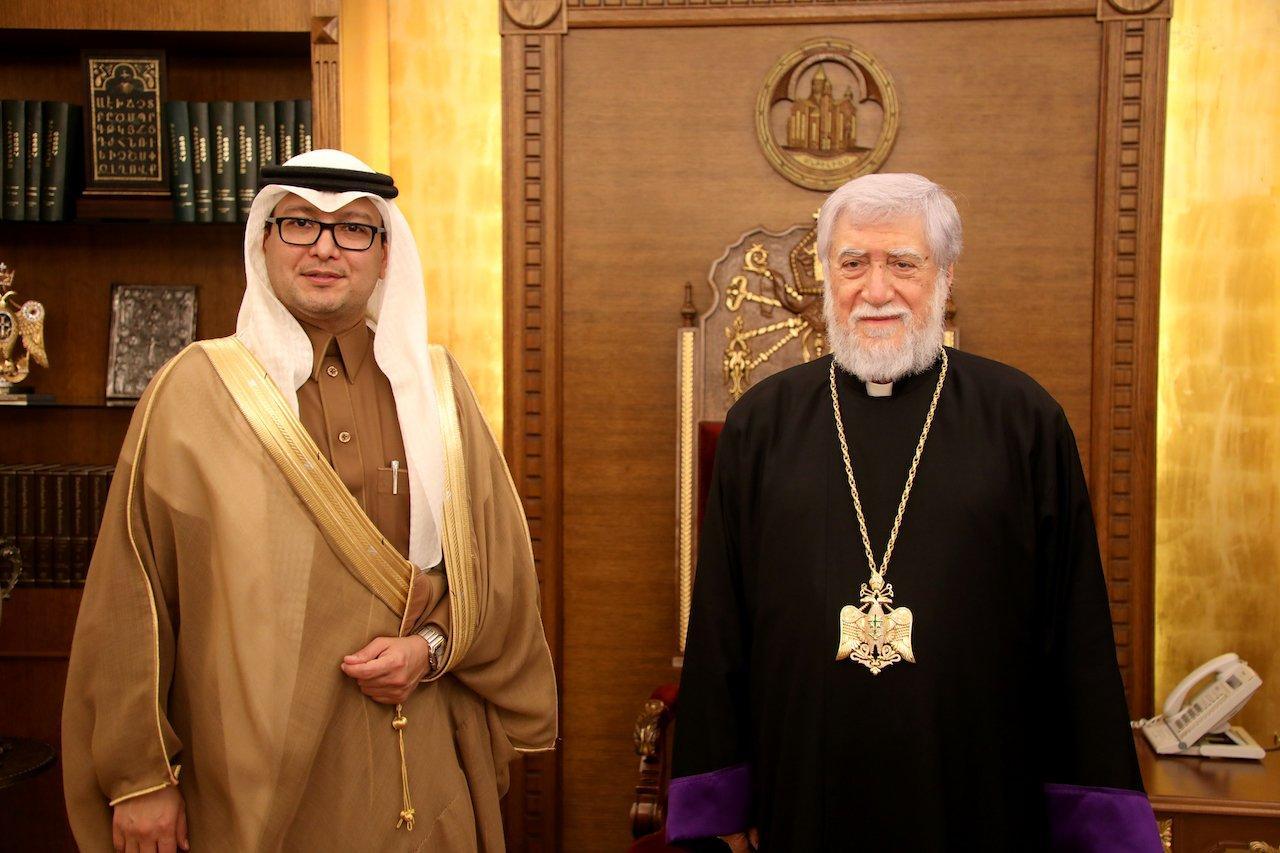 On Monday, March 22nd, 2021, the ambassador of Saudia Arabia to Lebanon, His Excellency Walid Abdullah el-Bukhari visited His Holiness Aram I, Catholicos of the Great House of Cilicia.

During His Excellency's visit, many matters were discussed including the ongoing political-economic crisis in Lebanon. His Holiness and His Excellency stressed the importance of the formation of a new government and the initiation of economic recovery process.

His Holiness highly commended the work of Saudia Arabia, which continues to enhance the unity, territorial integrity and sovereignty of Lebanon as well as its growing openness and tolerance in respect to other religions. Catholicos Aram I called on Saudia Arabia to further strengthen their relations with Armenia and mediate the release of unlawful Armenian captives by the Azerbaijani Government.