HIS HOLINESS ARAM I DELIVERS A LECTURE IN UTRECHT 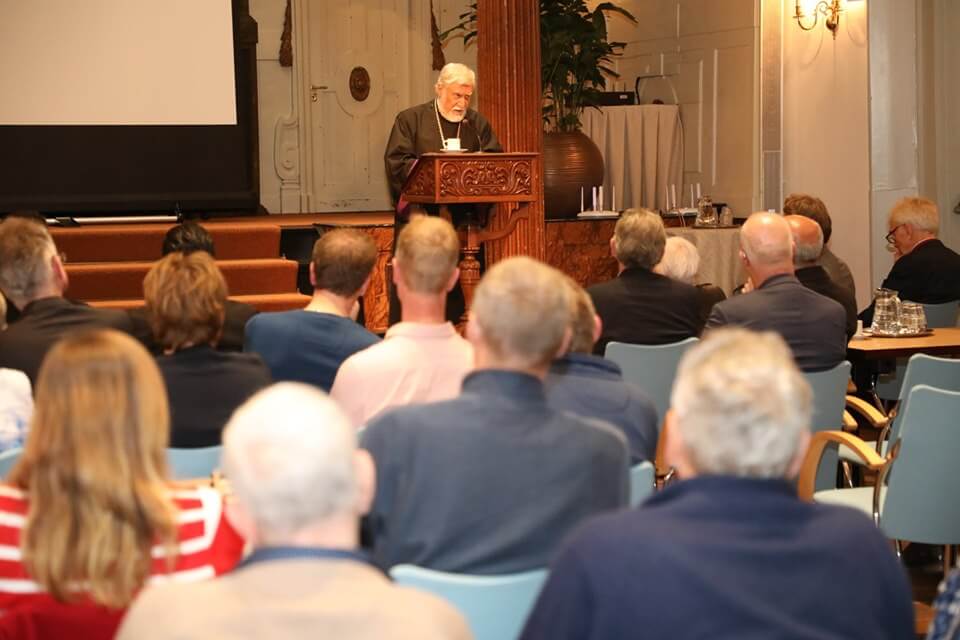 Continuing his official visit to the Netherlands, on Wednesday morning, October 2nd, 2019, His Holiness Aram I, along with the Archbishop of Utrecht of the Old Catholic Church of the Netherlands, Joris Vercammen, met with the Chair of the parliament committee of the ruling party’s foreign relations, in the Hague, where they talked about issues related to the Middle East and Armenia-Netherlands relations.

Subsequently, the Catholicosate of Cilicia and the Old Catholic Church held a meeting and discussed theological and socio-ethical issue. His Holiness expressed his approaches regarding several delicate issues.

In the evening, the Catholicos, together with Archbishop Joris Vercammen, Archbishop of Utrecht of the Old Catholic Church of the Netherlands, presided over the solemn church ceremony and delivered his speech.

Later in the evening, His Holiness delivered his lecture on the challenges faced by the Middle Eastern churches, where he underlined the specificities of the churches in the Middle East regarding their cultural, religious and political spheres, as well as shed light on the challenges on what are the means to overcome those challenges. Note that Rev. Dr. Peter-Ben Smit, professor of theology, introduced His Holiness to the audience and invited him on stage, and Arch. Vercammen delivered the closing remarks.