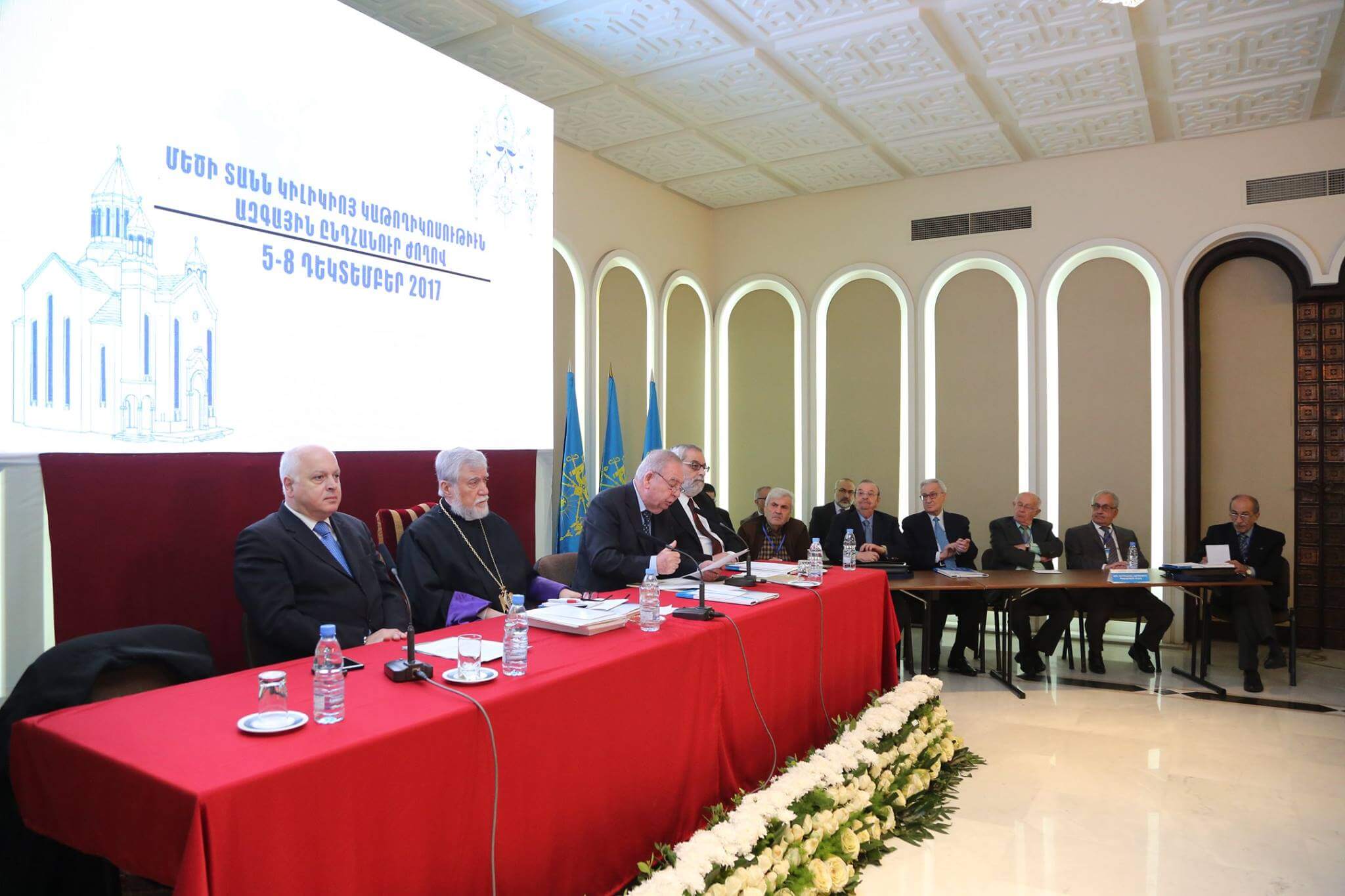 Mr. Pakradouni raised the question of ‘what is Armenian Diaspora’ and ‘who is considered Armenian’ under 21st century’s political and economic circumstances. Pakradouni talked about the multilayered and multicultural identities of the Diaspora and mentioned some fields where organized efforts could lead to gather Armenians under one umbrella.

Mr. Der Khatchadourian stressed the importance of Armenia-Diaspora cooperation and its role in empowering the Armenian Diaspora. He shed light on challenges that make reorganizing the Diaspora difficult, such as emigration, constant migrations, disbelieving in the agency of the Armenian diaspora, and also offered some suggestions on these issues.

His Holiness Aram I addressing the Assembly underlined the importance of the working realistically, believing in our efforts and in accepting the dynamics of the Armenian identities. He stated that the Catholicosate held a conference in Bikfaya months ago to discuss the issues of Armenian identities and reach to conclusions that would aid assessing the previous work styles and think about new ways in organizing the Armenian Diaspora.