THE WORLD NATIONAL ASSEMBLY DEDICATES A SESSION FOR THE ARMENIAN CAUSE 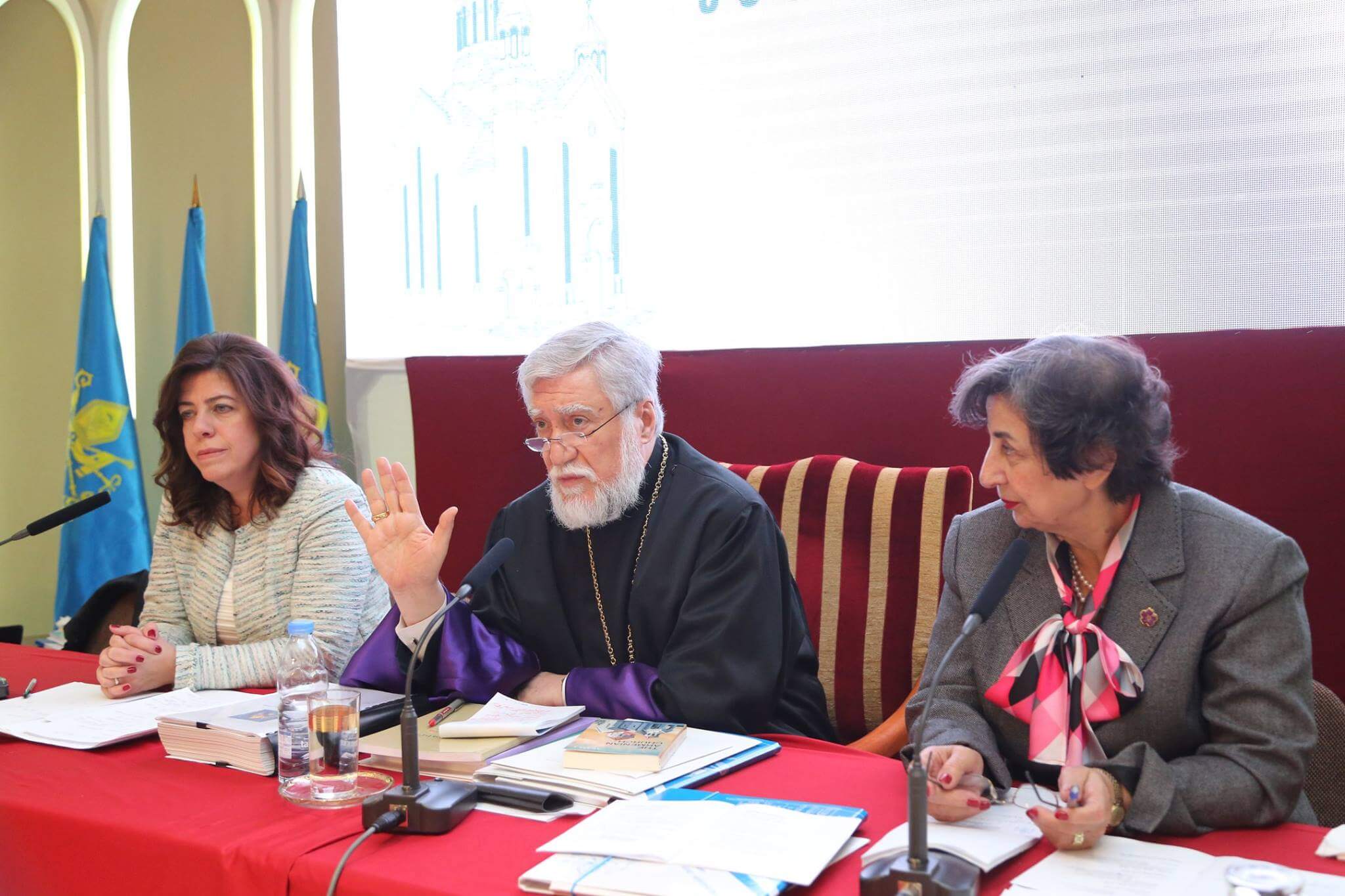 Throughout history, the Catholicosate of the Holy See of Cilicia has played a major role in pursuit of the Armenian Cause. A turning point for this mission is the lawsuit filed by the Catholicosate for the return of its historical Seat in Sis, now Kozan. The National General Assembly dedicated one session to give details on the cause and present the course of actions to be taken in the near future.

Ms. Seta Khedeshian, Dr. Nora Bayrakdarian and Dr. Payam Akhavan, the latter joining the Assembly via video from Canada, presented the activities that the Catholicosate of the Holy See of Cilicia carried out regarding paying respect and tribute to the victims fallen during the Armenian Genocide and the development that took the Armenian Genocide from recognition to reparation.

Ms. Khedeshian listed the events that gained international and political attention such as renovation and reconstruction of Armenian genocide monuments in Antelias and Bikfaya, construction of “Aram Bezikian” museum dedicated to the orphans of the Armenian Genocide, as well as conferences and public events.

Drs. Nora Nayrakdarian and Payam Akhavan gave detail accounts of the course of the lawsuit. They shed light to the historical background, the current situation and the future steps. They explained that the Turkish Constitutional Court has rejected to consider the case, hence the legal team, with a 900 page case, have raised the issue to the International Court of Human Rights. Currently, due to political motives, the case is frozen, however; the legal team will continue its pursuit, since all documents prove that the Catholicosate is the rightful owner of the Seat.

Addressing the Assembly, His Holiness Aram I stated that the lawsuit does not ‘belong’ to the church, but it is a national cause. The pontiff recalled previous Catholicoses and said that their spirit is present in this cause. Nothing would stop the Catholicosate from pursuing this lawsuit, reminding the Assembly that the aim is the return of the Seat and not compensation.

The Assembly also watched a video presenting the cause in detail.