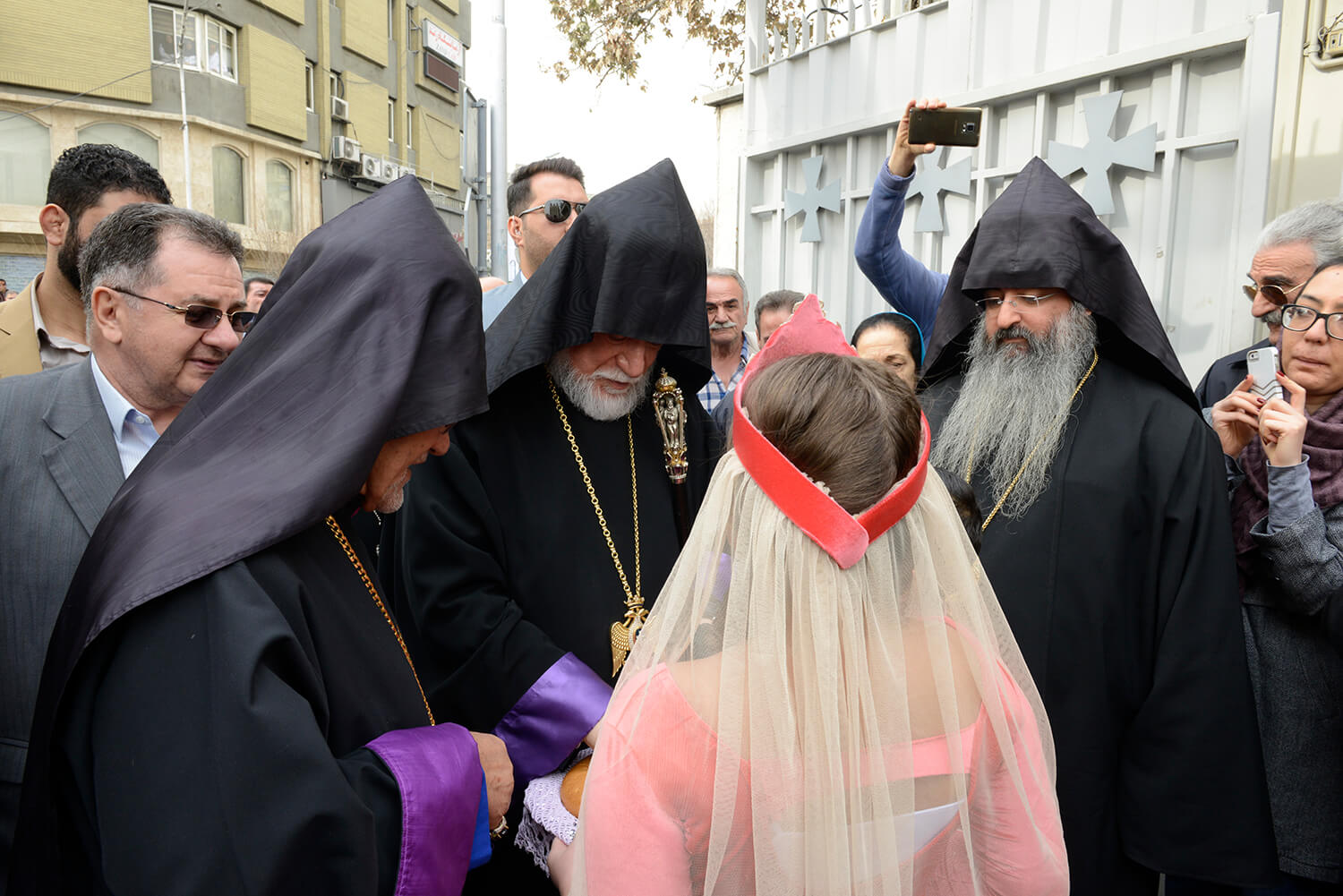 On Tuesday afternoon, Catholicos Aram I and the accompanying delegation of clergy and laity went to St. Sarkis Church for ‘Canonical Prayers.’ Representatives of political authorities, the Armenian Civil Society organizations, students of Armenian Schools, scouts and a large number of the faithful greeted the Catholicos.

After the blessing of salt and bread, Archbishop Sebouh Sarkissian, the Prelate of Tehran, welcomed His Holiness and described his 20 years of Spiritual leadership as “Unconditional Service” to the Church as Catholicos of the Holy See of Cilicia and the people. In his response, the Catholicos acknowledged the contribution of the Armenian community to Iranian society, and added, “The peaceful coexistence between peoples, religions and cultures in the Islamic Republic of Iran should serve as an example for people in other situations.“ His Holiness Aram I then thanked the Prelate, the leadership and people of the Diocese of Tehran for their effort to safeguard the Armenian identity.

The Catholicos then went to the Hall of the Prelacy, where he met with the faithful and gave them his blessings.