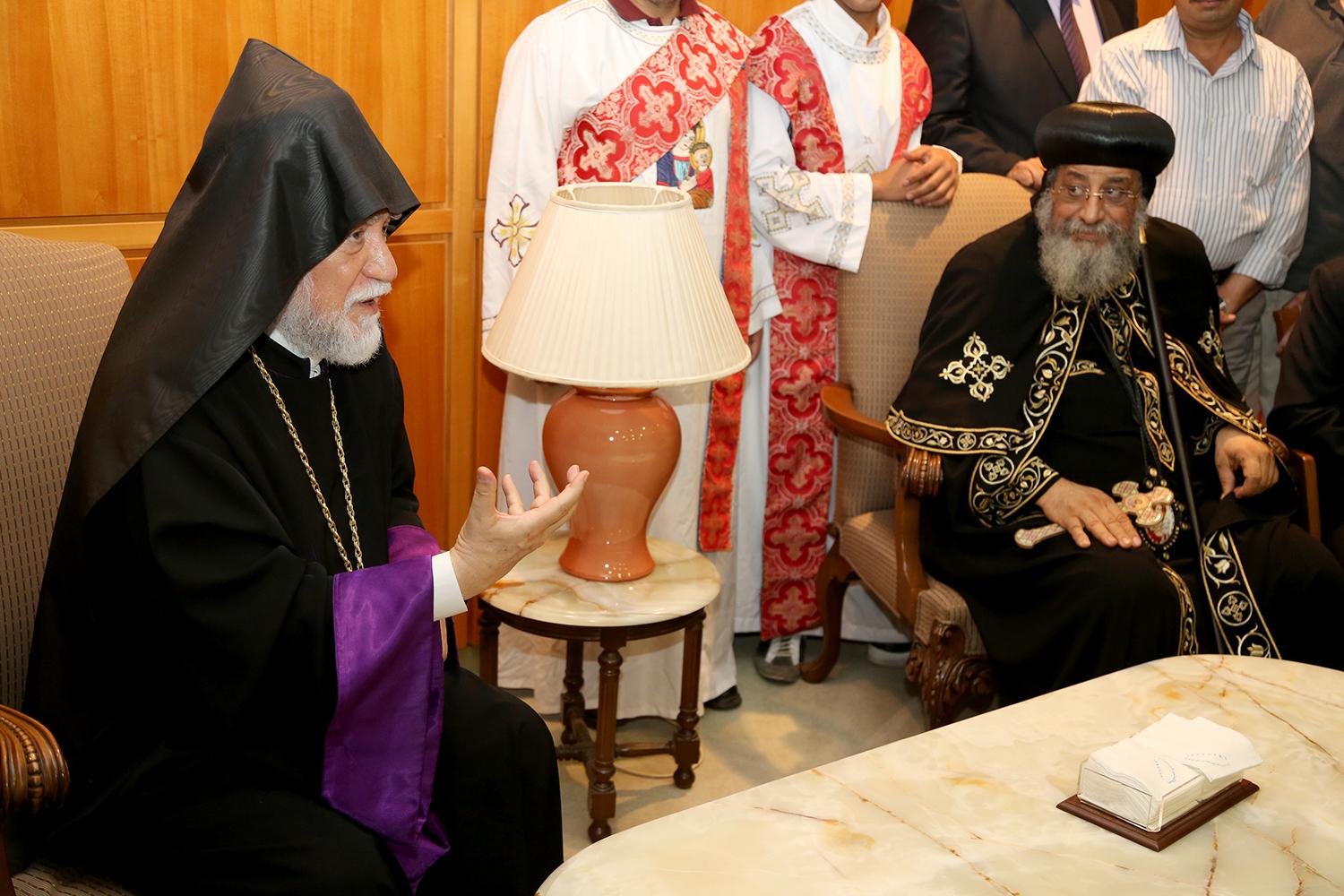 On Friday, until late in the evening, patriarchs, spiritual heads, general secretaries and representatives of ecumenical organizations, and other guests continued to arrive in Beirut from abroad.

During the day His Holiness Aram I held private meetings with the following hierarchs and representatives:

During the meetings, His Holiness Aram I and the hierarchs discussed Church relationships, and the guests congratulated the Catholicos on the occasion of the blessing of the Holy Muron on the 100th anniversary commemorations of the Armenian Genocide, and they expressed their solidarity with Armenians in their cause.