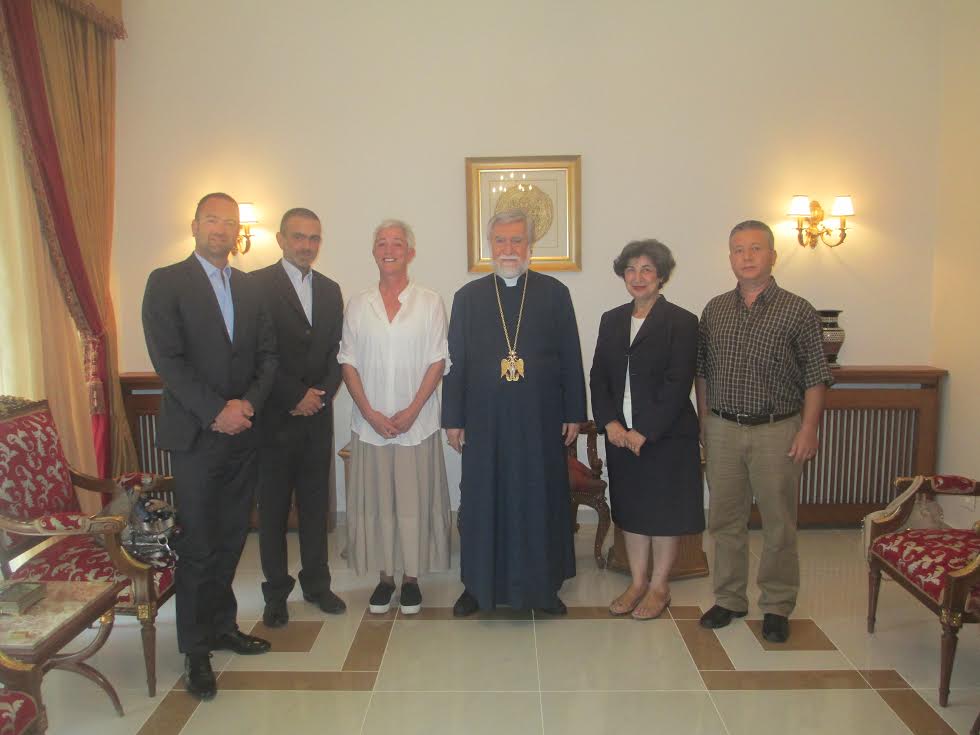 11 July 2015. On Saturday morning, Mrs Ida Alamuddin, granddaughter of Jacob Kunzler, and her two sons, accompanied by the president of the Board of Bird’s Nest, Mrs Seta Khedeshian, and the archivist, Garo Derounian, visited His Holiness Aram I.

Born in the Swiss hamlet of Hundwil, Jacob Kunzler, who was a carpenter, a deacon in the Swiss Protestant Church and a trained nurse, travelled to Turkey during the 1890’s to help Armenian victims of the Hamidian massacres and continued to accompany the victims of the atrocities until his death in Lebanon in 1949.

On the occasion of the 100th anniversary of the Genocide, Armenians will remember ‘Papa Kunzler,’ the name given him by the 8000 orphans, as an eye- witness to the 1914-1916 Genocide, a benevolent and visionary person who not only accompanied and took care of the surviving young women, widows and orphans, but also empowered them by creating workshops and teaching them skills both in Turkey and Lebanon.

In September 2015, the ARMENOFAS Foundation, in cooperation with the Federation of Protestant Churches in Switzerland, will honour his memory in Bern and in his native town, where His Holiness Aram I and Mrs Ida Alamuddin will also be present.