His Holiness Aram I in Kavala and Xanthi 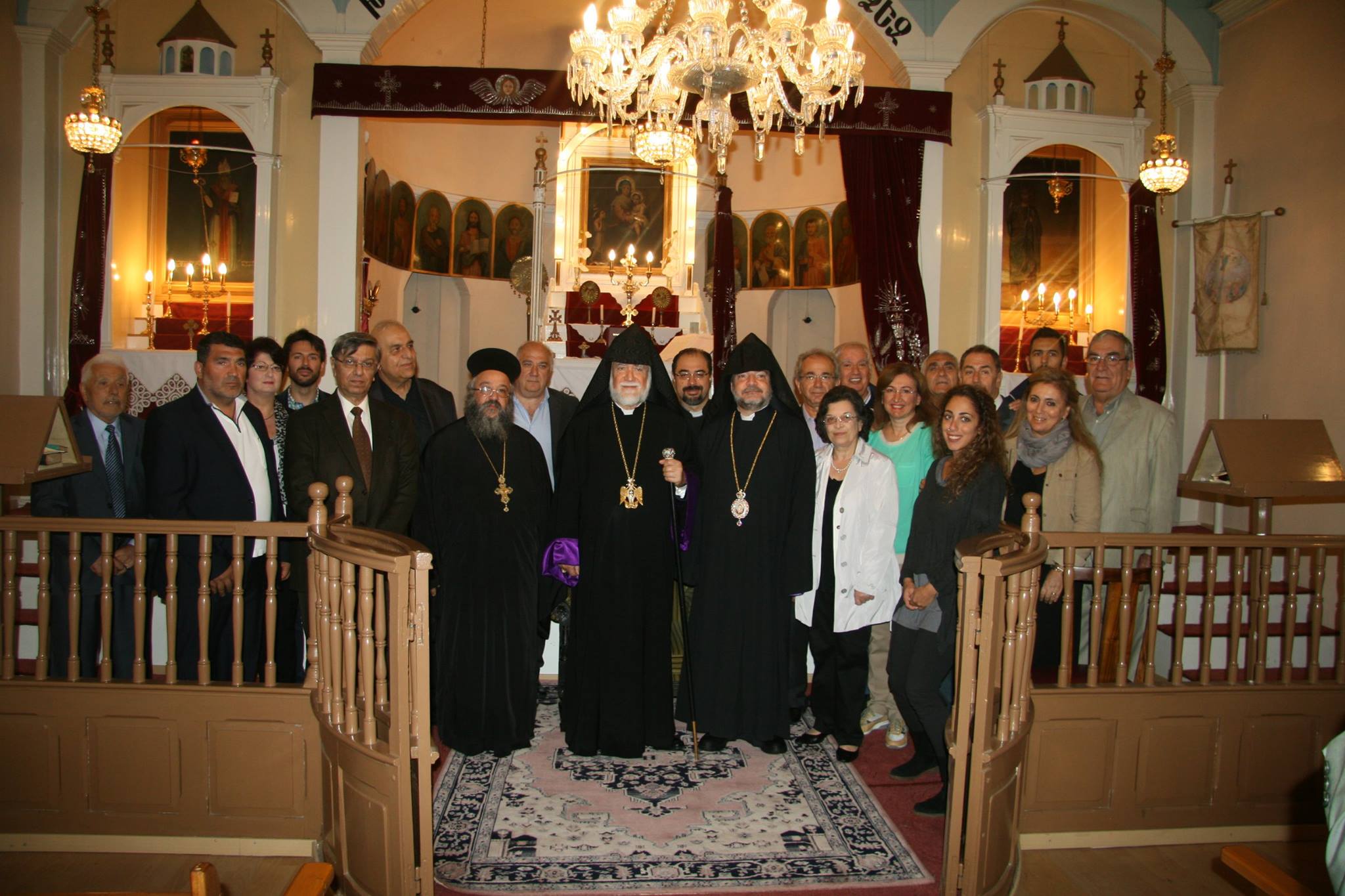 The small Armenian community in Kavala received His Holiness with great joy at the Holy Cross Church. After the Canonical prayer Mrs. Mannik Asherian, a member of the Church Council, welcomed the Catholicos and said that it was the first time a Catholicos had ever visited the community. She told the guests that Kavala had had a vibrant Armenian community until World War II, when many families emigrated to the West as a result of the war. Currently, 15 families from the old community remain and about sixty new families have settled from Armenia. She assured the Catholicos that his current visit would inspire new enthusiasm in the community.

In his message to the people, His Holiness told them that for any community quality, not quantity is paramount. He encouraged them to organize their lives around the Church and to uphold the Armenian traditions and culture. In this way, he said, they would be creating a small Armenia away from the homeland. The visit ended with His Holiness greeting personally the members of the community and blessing them.

The Catholicos and his delegation then left for Xanthi, escorted by police cars provided by the Greek authorities. In Xanthi His Holiness was warmly received at St. Mary’s Church by the priest, the members of the Church Council, members of the community and a representative of the Greek Orthodox Church.

After the Canonical prayers, the President of the Council welcomed His Holiness and thanked him for his visit, which, he said, was a rare blessing for their small community and offered gifts on their behalf.  The representative of the Metropolitan then welcomed the Catholicos and offered him a gift on behalf of the Metropolitan.

Thanking the members of the Armenian community in Xanthia, the Catholicos spoke of the importance of keeping the faith. He then told them that the Armenian nation has survived down through the centuries despite great upheavals because of their Christian faith. Today, he continued, only through faith in God will people overcome the challenges of the time. He then invited them to participate actively in the life of the Church.

The visit ended with a dinner offered by the community, in the presence of a representative from the foreign affairs department of the Northern Region of Greece. In the evening, His Holiness and his entourage returned to the city of Komotini.