His Holiness Aram I receives archive photos of the Bird’s Nest from London-based Composer and Conductor, Vartan Melkonian 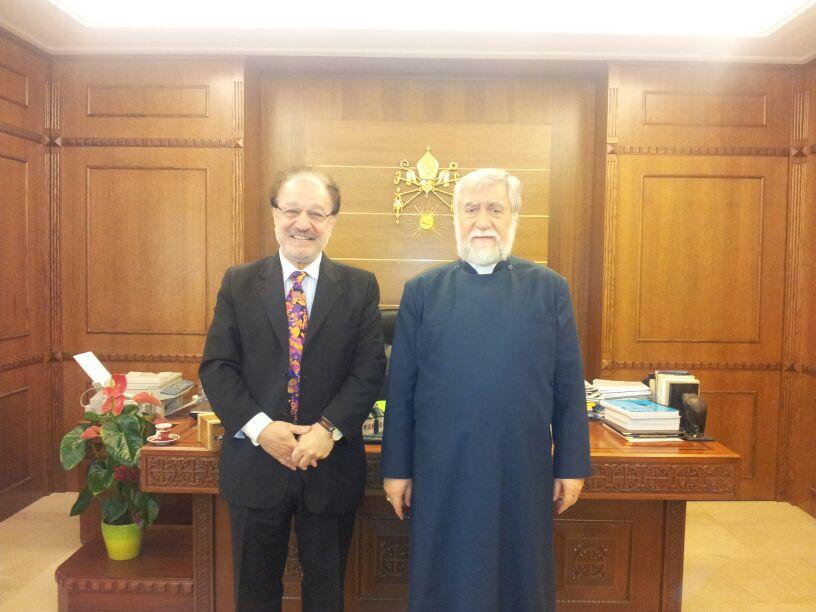 On Monday 2 December 2013, Vartan Melkonian visited His Holiness Aram I and handed over 100 pictures from the archives of the early years of the Bird’s Nest. The pictures were a gift from the K.M.A. Danish Missionaries who established the Bird’s Nest to house the orphans they had brought from Turkey.

Vartan Melkonian and his siblings were admitted to the Bird’s Nest in the 1950’s after the death of their mother. In the 1970’s during the war in Lebanon he left for the United Kingdom and studied music in London. Currently, he plays his compositions and conducts orchestras around the world. He has conducted both the London and Royal Philharmonic Orchestras in London. Melkonian, who is the founder of the Melkonian Foundation that assists unfortunate children irrespective of religion and race, has always been a strong supporter of his second home and first school.