THE MEETINGS OF HIS HOLINESS ARAM I 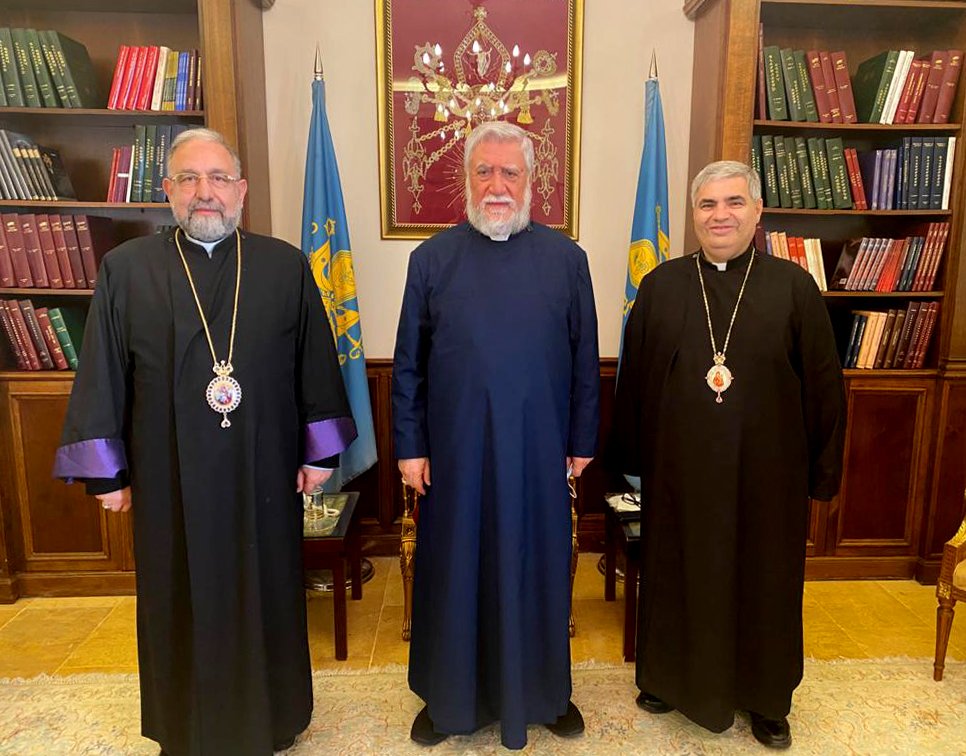 Among his regular work meetings, His Holiness Aram I received the following Cilician brothers in Bikfaya and was briefed on their activities and challenges in their respective communities: The Prelate of the Aderbadagan Prelacy H.E. Archbishop Krikor Tchiftjian; the Pontifical Vicar of Kuwait and its neighboring countries V. Rev. Fr. Bedros Manuelian, accompanied by Roupen Avsharian from Kuwait; the Diocesan Vicar of Jezireh V. Rev. Fr. Levon Yeghiayan.

It is also noteworthy that Aram I extended a letter of congratulation to the President of Syria Bashar al-Assad on the occasion of his reelection.