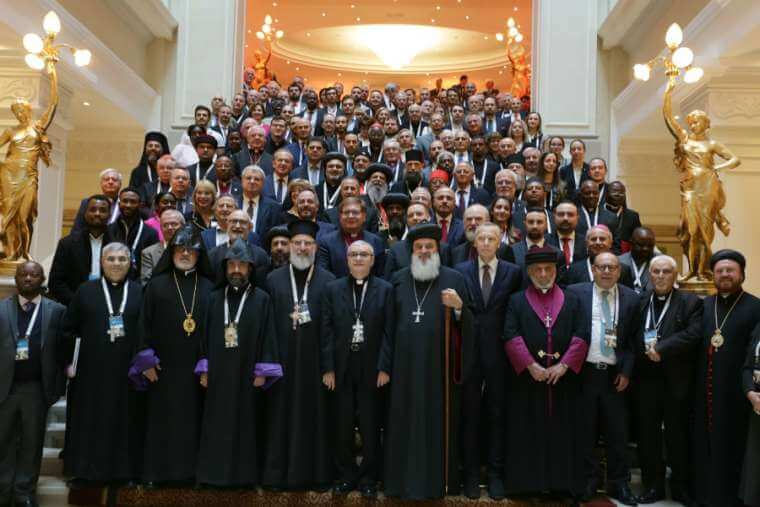 On Behalf of His Holiness Aram I, Bishop Shahe Panossian participated at the International Conference on Christian Persecution in Budapest, Hungary, held on the 24 to the 27th of November, and delivered the Catholicos’ message.

In his message, Catholicos Aram I stated that the present times are ruled by violence, and the Muslim violent fundamentalism has its implications not only on the Christian presence and witness in the Middle East, but also on the Muslim communities. Moreover, the violence of extremism is an issue everywhere around the world, hence; the matter should be approached accordingly, because everyone who does not share their views is a target. The Catholicos underscored that the Christian communities of the Middle East have lived for centuries together with Muslims sharing common values, and are committed to continue their life together in the spirit of tolerance.

Finally, His Holiness stressed that the history of the Christians of the Middle East is deeply rooted in this part of the world, therefore; helping them to stay in the Middle East, in the birthplace of Christianity is a common responsibility of the world Christendom.