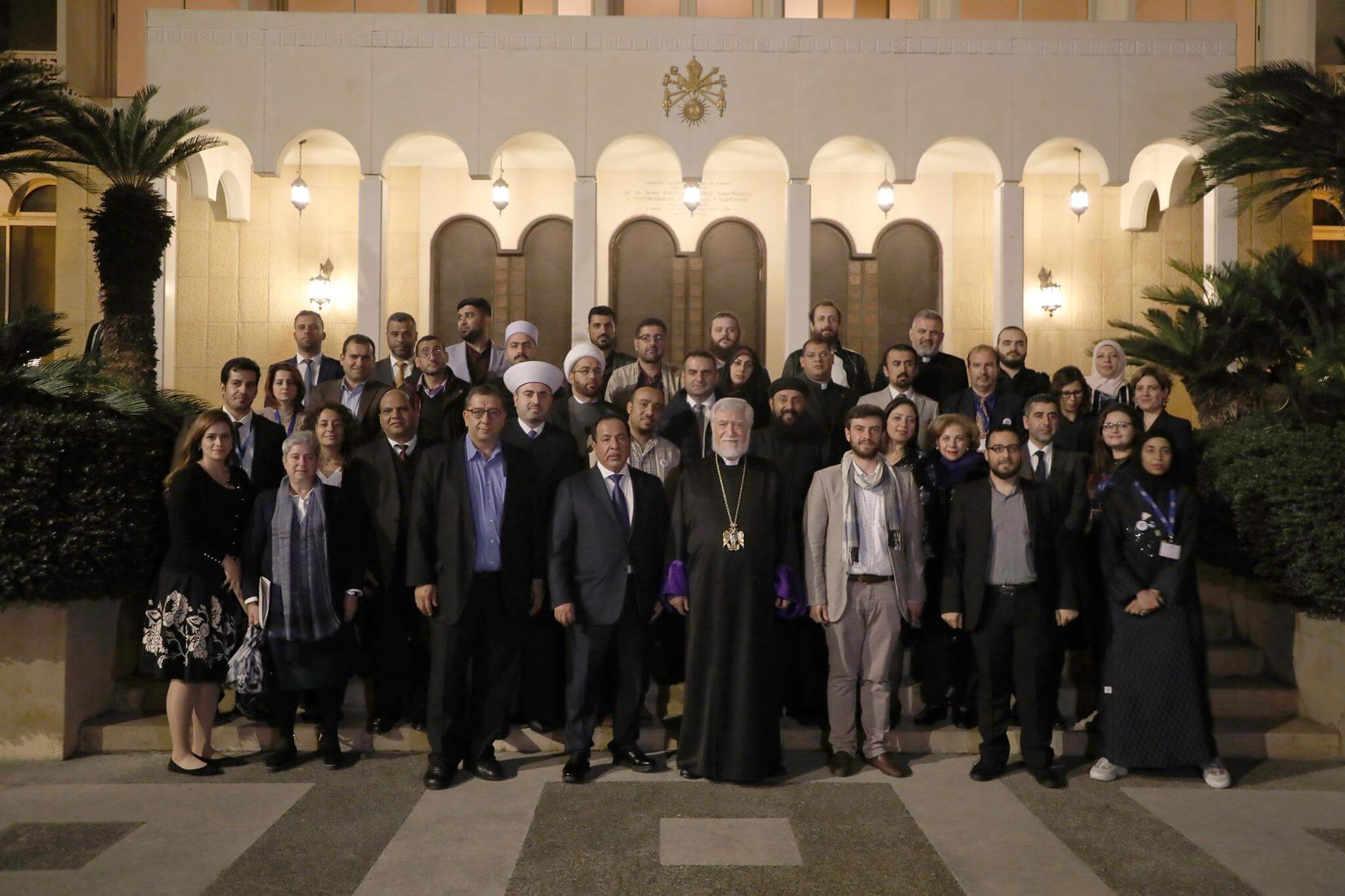 On Thursday, 28 March 2018, His Holiness Aram I welcomed the Secretary General of the International Dialogue Center KAICIID Mr. Faisal Bin Mouammar, accompanied by Arab Region Fellows who are representing diverse religions, denominations and cultures in the region.

“King Abdullah Bin Abdul Aziz International Centre for Interreligious and Intercultural Dialogue in Vienna has a crucial role to play particularly nowadays where religion has started to emphasize its role in the lives of societies sometimes with positive and sometimes with negative consequences and implications. World religions are based on peace, love, justice, truth and common values. It is very important to enhance these values in the lives of religion followers,” said Aram I.

With regards to Muslim-Christian relations in particular, His Holiness said, “For centuries these two monotheistic religions cohabitated in an atmosphere of mutual respect and trust. Since seventh century, Armenians have relations with Muslims both in Armenia and the Middles East. Our differences and particularities have been recognized and respected by Muslims and at the same time we are committed to our common values which are the basis of monotheistic religions. In current times, when unfortunately, religion is being misused for non-religious purposes, it is very important that Muslim-Christian collaboration should be way more strengthened."

In reference to the recent criminal attacks in New Zealand, after condemning the acts, His Holiness stated, “The criminal acts committed by an unbalanced criminal at two mosques are totally and strictly condemnable. Christian and Muslim leaders, through education should keep their followers away from such violence and misuse of religion. In this context, KAICIID’s mission, that I am well aware of, is of utmost importance and I highly appreciate and thank the Center. The Armenian Orthodox Church will continue its collaboration and active participation to all KAICIID’s programmes and projects."