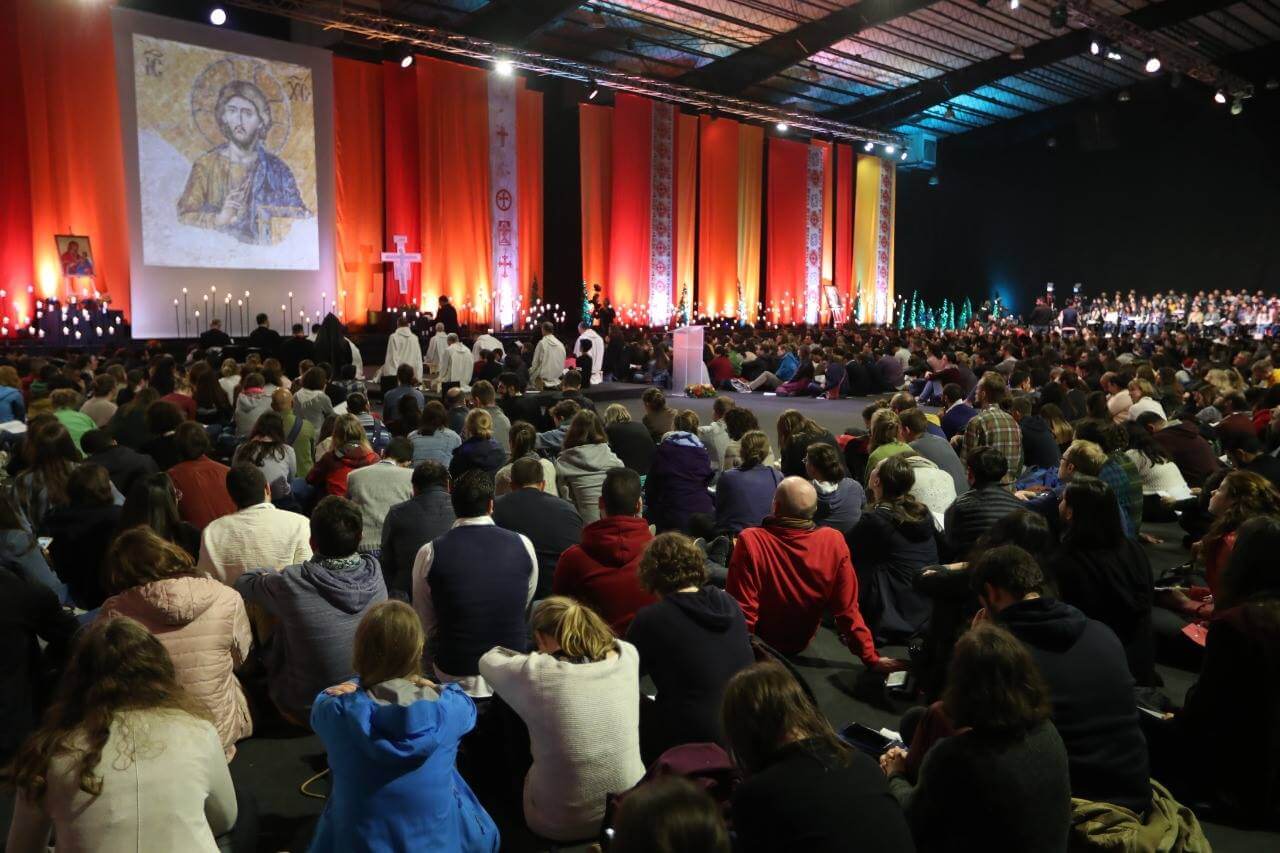 The International Ecumenical Youth Meeting gathered more than 1600 young participants from over 44 countries around the globe.

It took place from March 22nd to the 26th, and was organized through the collaboration of the MECC, the churches in Lebanon, and the Taizé Ecumenical Community.

Rev. Father Hrant Tahanian, Ecumenical Officer of the Catholicosate of Cilicia, was part of the organizing committee and participated in the meeting on behalf of His Holiness Aram I.

The participants were divided in 20 churches and centers in the mornings, and hosted by families living in the vicinity, including the Catholicosate in Antelias and the Prelacy in Bourdj Hammoud. The morning program included prayers, discussions and testimonies.

All the youth then agglomerated to Seaside Arena, where they received their lunch, participated in the noon prayer with the Taizé brothers, and then left by foot to one of 10 workshops of their choice, that were hosted by churches and centers in the downtown area, including Saint Neshan church. The workshops on "Liturgical Chants from the Armenian Tradition" and "A Taste of Armenian Culture: Learning Traditional Dances" received over 200 and 100 participants respectively.

In the evening, a closing prayer was held in Seaside Arena with the Taizé brothers. It is noteworthy that the Armenian Seminary student participants sang in the Ecumenical Choir, and offered a selection of Armenian hymns.

On Monday, March 25, a national holiday in Lebanon celebrating the Islamic-Christian Feast of the Annunciation, an interfaith ceremony was held with the participation of high ranking dignitaries from the Government of Lebanon, as well as clergy from all Muslim and Christian communities in Lebanon.

On Tuesday, March 26th, a Touristic Day was organized for the participants, with one of the stops at the Armenian Genocide Orphans' "Aram Bezikian" Museum.