THE MEETINGS HIS HOLINESS ARAM I HAD IN BERN 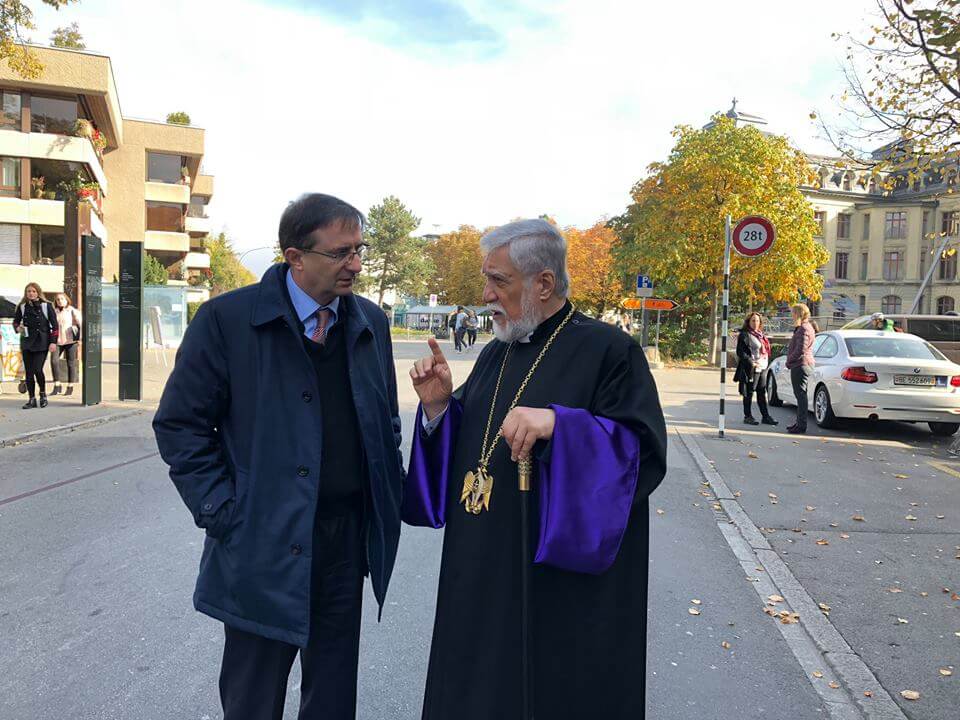 During his official visit to Bern, His Holiness Aram I had official and non official meetings with different ecumenical patriarchs, spiritual and political leaders, as well as a luncheon was organized in his honor by the Old Catholic Church in Bern.

His Holiness had the following meetings: