Christmas at the Armenian Catholicosate of Cilicia in Antelias 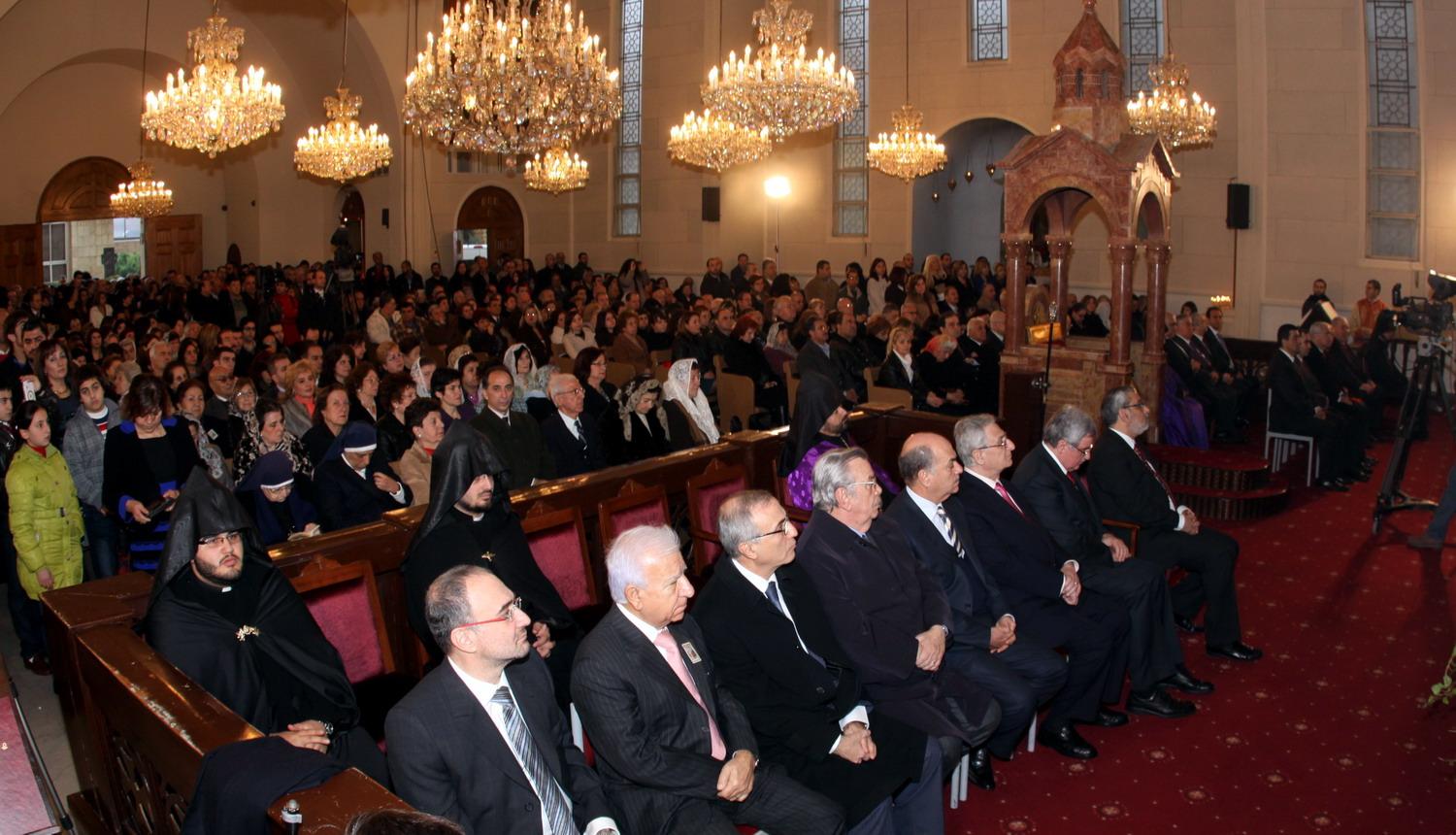 SAID HIS HOLINESS ARAM I

On Sunday 6 January 2013, His Holiness Aram I celebrated the Holy Liturgy at the St. Gregory the Illuminator Cathedral in Antelias, in the presence of Armenian parliamentarians, ministers, community leaders and the faithful gathered from all over the country.

The Pontifical message was an exegetic reflection on James 1:18, “In fulfillment of his own purpose he gave us birth by the word of truth, so that we would become a kind of first fruits of his creatures.” His Holiness said, “The birth of the Son of God in Bethlehem is the beginning of a New Humanity and New Creation. Through Jesus, God commissioned humanity to become co-creators with him and to build the Kingdom of God on earth. This vocation is God’s grace to humanity and His delegation of responsibility. It calls for obedience to God’s will to build His Kingdom based on love, justice and peace, as taught by Jesus.

In the second part of his message, His Holiness addressed the situation in the Middle East; he said, “We welcome the current movements aimed at the common good of the people. We welcome movements that support equality among citizens, respect the rights of communities and defend the inalienable human rights of individuals.” The Catholicos then continued, “We are in the Middle East because Jesus was born in Bethlehem and thus our faith began in this region. We are part of the history and culture of this region. Irrespective of the difficulties, Christians will stay here. Christians and Muslims have built the region together and will continue to live and build it together. Being a minority does not mean being marginalized, and we refuse any attempt in the region to marginalize us. We want to build the new Middle East with everyone and with equal rights.”

The Catholicos then spoke of Armenian Christian-Muslim relations and said, “Since the 7th century, Armenia and Cilicia have co-existed with Islam. Reciprocity has been the basis of our relations and the same principle should continue to guide our journey together today.”

His Holiness Aram I concluded his Pontifical message by addressing the President and co-citizens of Lebanon, and said, “We are grateful for all the efforts to keep Lebanon out of the conflict in the region, and the determination to continue the dialogue in order to preserve the internal unity of the country.”