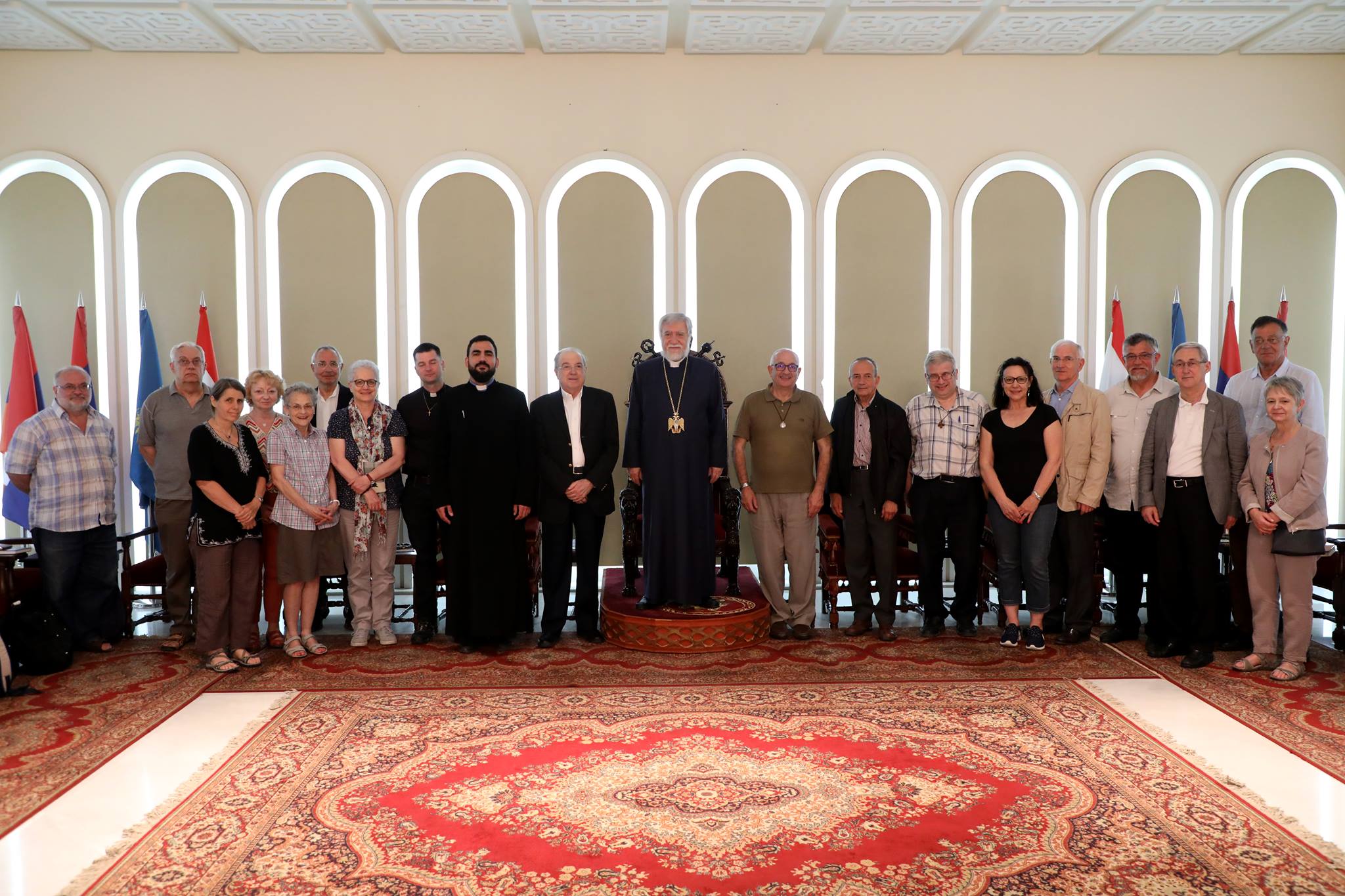 On April 28th, 2018, a delegation from the Christian-Islamic Dialogue and Cooperation Commission of the Council Of Bishops of the catholic church of France visited Antelias and met with His Holiness Aram I. The commission's aim was to learn about   interreligious cooperation in the Middle East in general and in Lebanon in particular, as well as the challenges it faces.

His Holiness Aram I first described the presence and role of the Armenian Church in the Middle East, mentioning the many consequences the Armenian Genocide had and still has on it and its people. His Holiness also portrayed in detail Christian-Islamic dialogue and coexistence in the region, and in this regard, mentioned that throughout the history, Armenians have always coexisted with their Muslim neighbors.  His holiness also answered the guests’ questions.

After the visit, the delegation was given a tour of the Catholicosate and had the opportunity to learn about its mission.