The General Secretary of the Protestant Church in Netherlands, Dr. René de Reuver, visits His Holiness Aram I 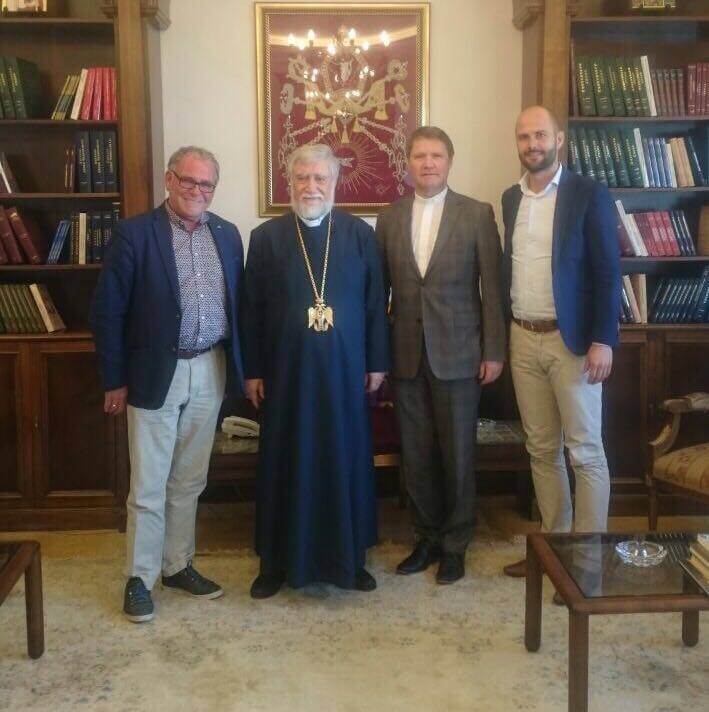 On October 6, 2017, the General secretary of the Protestant Church in the Netherlands, Dr. René de Reuver, accompanied by the Program Officer, Mr Feiji Duim, and the Communication Advisor and Officer, Mr Rob van Ooijen, met with His Holiness Aram I.

The Catholicos and his two guests discussed the situation of the Christian communities in Syria and Lebanon and ways to revitalize them.

His Holiness Aram I detailed the current situation in the region and focused on the challenges that Christian communities in general and the Armenian community in particular were facing, specially in Aleppo. He added that the reconstruction and revitalization of the Christian communities in Syria should become the priority of the ecumenical movement and he insisted that planning should be done jointly with the spiritual leaders before any initiatives are put into action.