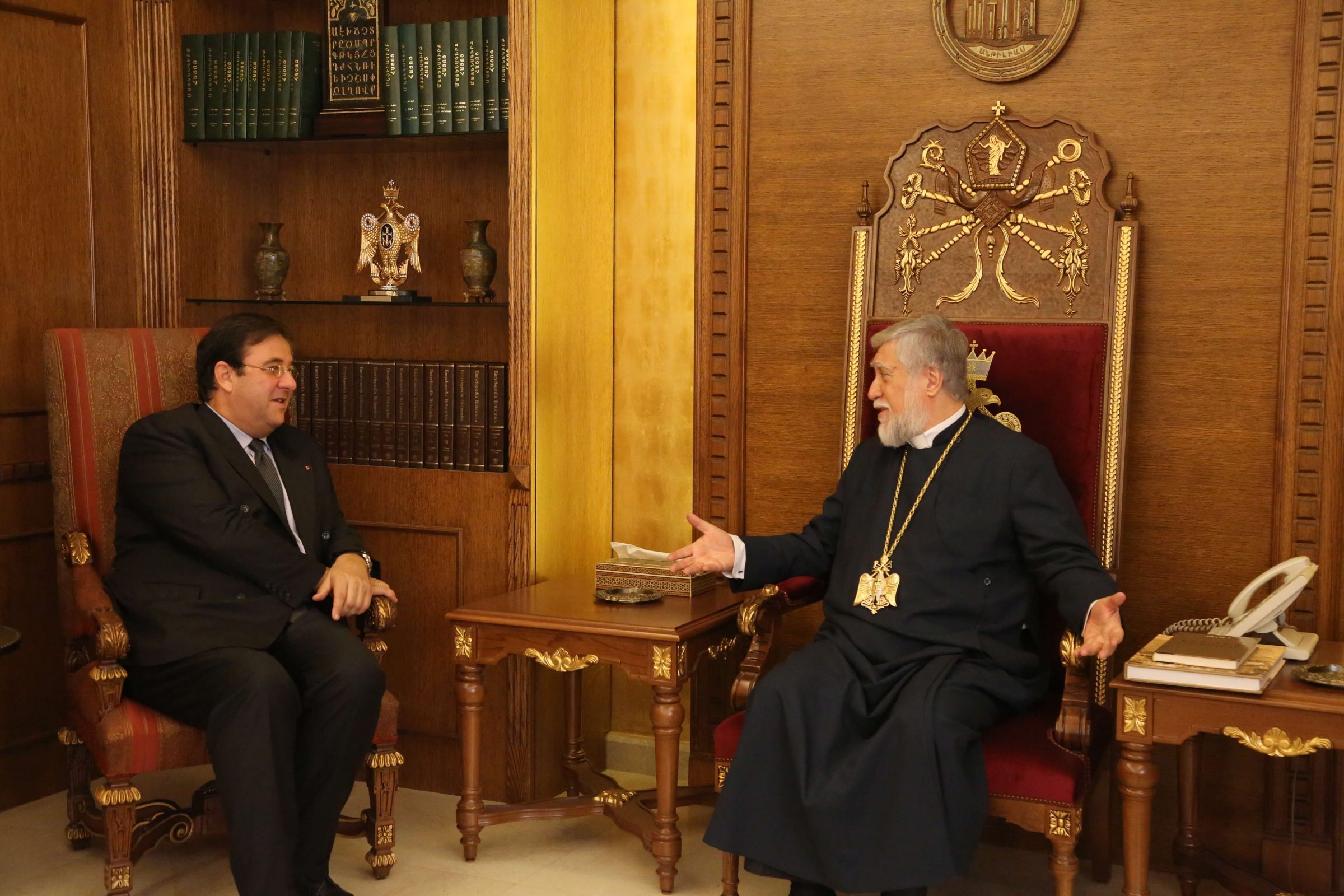 On October 12, 2017, His Holiness Aram I received the French ambassador to Lebanon Bruno Foucher. During the meeting, His Holiness introduced the newly appointed ambassador the mission and the vission of the Catholicosate of the Holy See of Cilicia.

They shared their concerns and perspectives regarding the situation of the Middle East. His Holiness appreciated the longstanding friendship existing between French and Armenian people and the firm position of France with respect to the Armenian Cause.