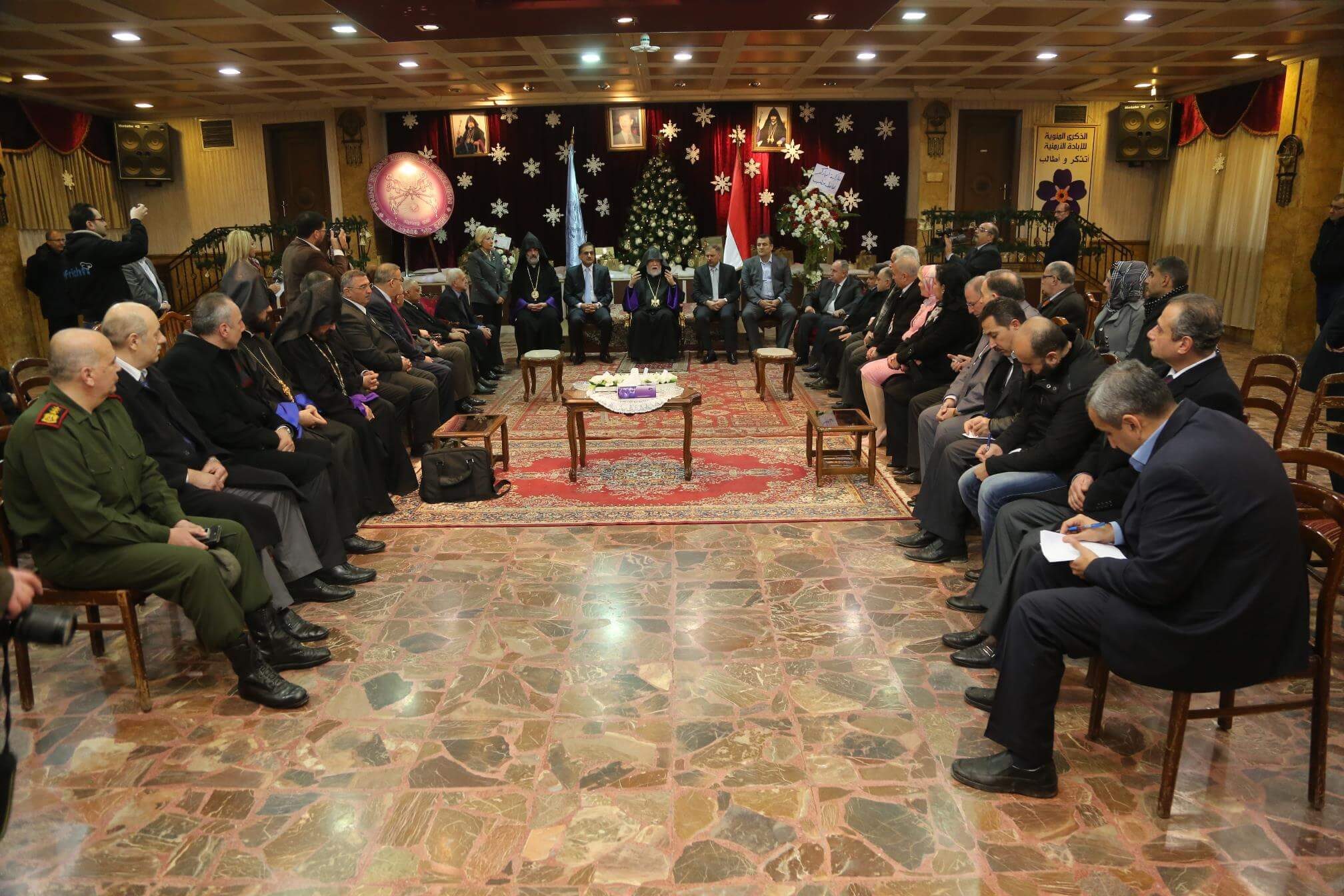 During the two-day visit, Catholicos Aram I received political representatives, heads of religious communities of the city, and the director of Aleppo University, as well as a delegation representing its faculty.

They all welcomed him and expressed their appreciation for his tireless commitment to Christian-Muslim dialogue and his emphasis on Christians being an integral part of the fabric of Middle East societies.