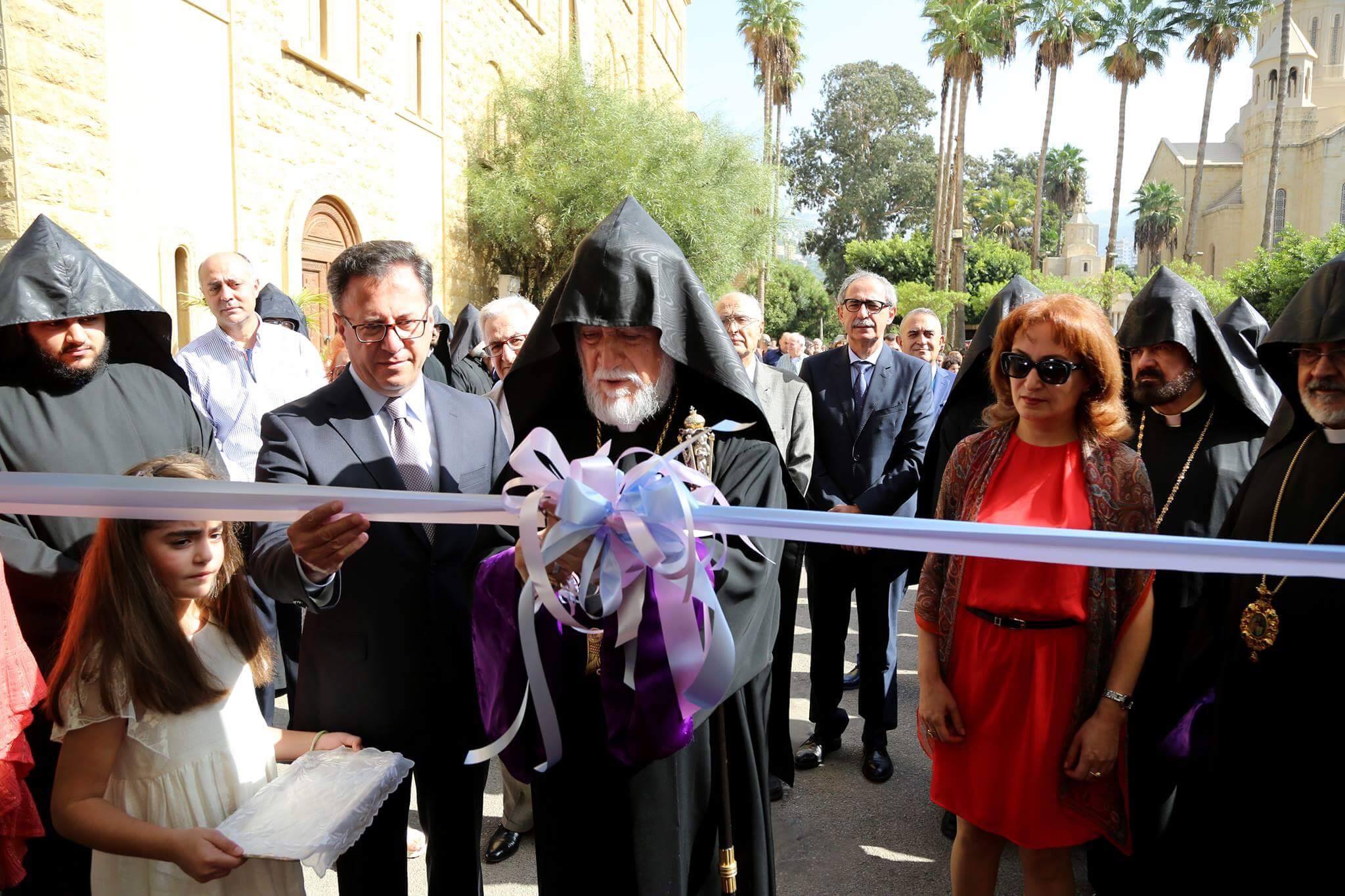 On Sunday 30 October 2016, following the Holy Liturgy, the Catholicos, the clergy, seminarians and the faithful walked in procession to the pavilion, to take part in the annual Book Fair. As they marched, the seminary students sang hymn praising the invention of the Armenian alphabet.

In his message Catholicos Aram I spoke of Vosgan Vartabed, a priest who dedicated his life to writing the definitive text of the Armenian version of the Bible, which he had prepared by studying and compiling biblical texts already translated to classical Armenian. The final version was printed in 1666. The Catholicos then reminded the people that for the past three decades, the Catholicosate of Cilicia has been translating and printing the Bible in Western Armenian. At the end of the message, His Holiness Aram I told the people that the 350th anniversary of the printed Armenian Bible should become a call for spiritual awakening.

The Annual Book Fair, lasts for three weeks and brings together Armenian publishers, authors, teachers, students and the public to discover and discuss existing publications in Armenian.