H.H. ARAM I MEETS WITH THE FOREIGN MINISTER OF ARMENIA 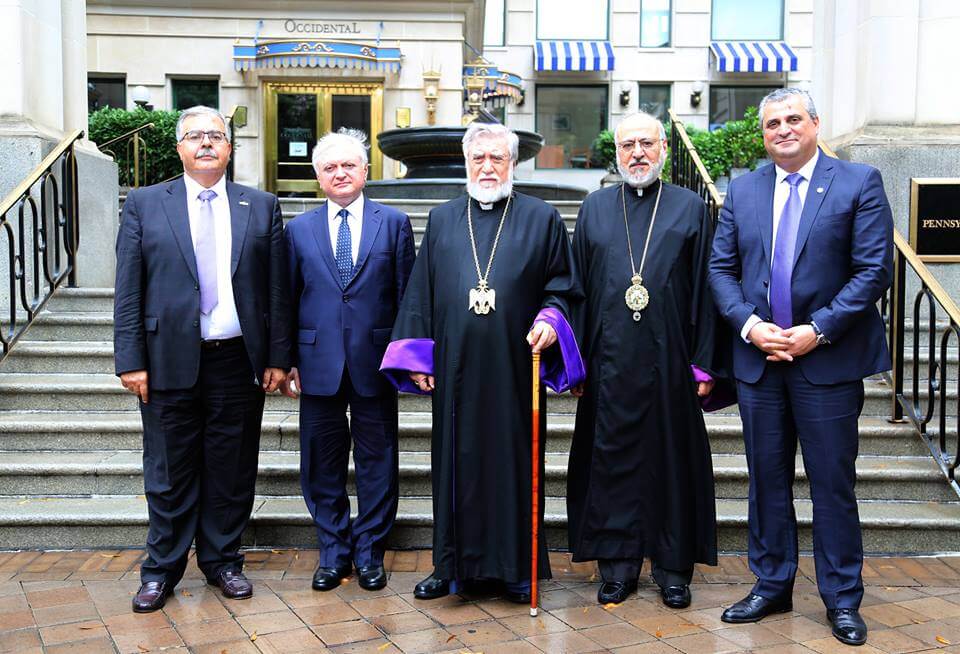 His Holiness Aram I met with the Foreign Minister of Armenia, Edward Nalbandian, on Thursday 29 September, 2016, in response to the Minister’s invitation in Washington, D.C. Also attending the meeting were Archbishop Oshagan Choloyan, Prelate of the Eastern Prelacy, Grigor Hovhannissian, Armenia’s Ambassador to the United States, and Hagop Der Khachadourian, member of the ARF Bureau. They discussed issues related to Armenia’s international relations, as well as a number of concerns regarding Azerbaijan and Turkey.