Armenia, Artzakh (Karabagh) and the People are above everything, Stated His Holiness Aram I 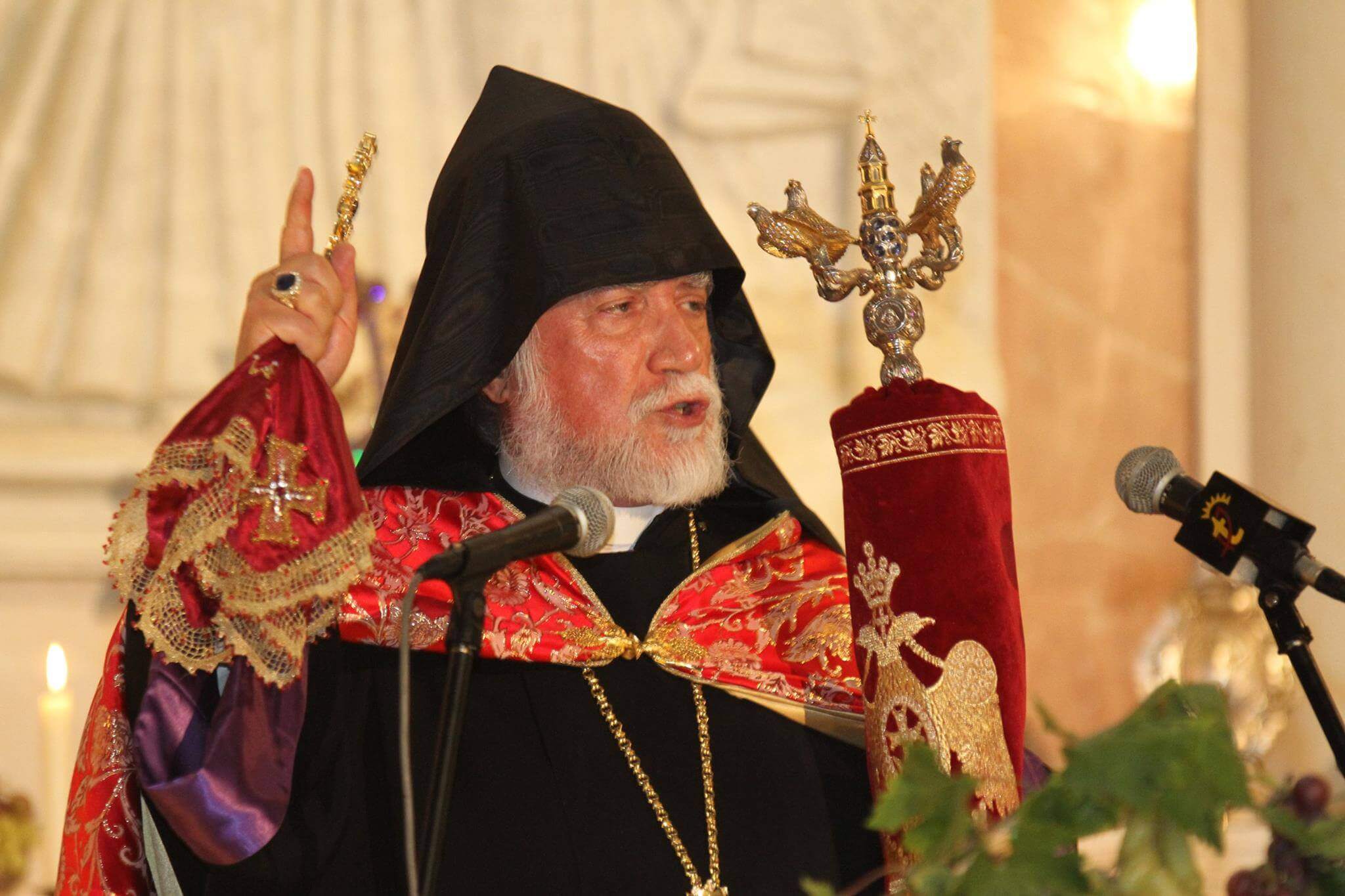 On Saturday 13 August, following the Holy Liturgy of Assumption at St Mary’s Monastery in Bikfaya, His Holiness Aram I addressed the community and in the end shared his pain and concern regarding the recent events in Armenia and Karabagh. The following is a brief summary of his speech.

According to Catholicos Aram I, the Diaspora cannot remain silent or indifferent to the corruption in Armenia that has led to the popular uprisings in Armenia and the massive emigration of its people. He said that internal unity is the backbone of our nation and if this unity is allowed to weaken, if the relationship between the leadership and the people is allowed to dissipate, Armenia will face unprecedented difficulties.

After sharing his deep concern, His Holiness spoke of the urgent need for an honest self-assessment by those in power, and he invited all parties to work towards a new plan of action, reminding them that:

- Poverty leads to violence and to the breakdown of rule of law, and leads to anarchy. He urged the leaders to commit themselves to keeping Armenia a credible state, one that is consistent with its constitution and by-laws.

- Karabagh was gained at the cost of a great sacrifice. No one has the right either to destroy it or adopt doubtful political solutions that may lead to the loss of its independence.

- In the region extending between the Caucasus and the Middle East, the establishment of new alliances could harm Armenia and Karabagh. This situation calls for vigilance, judicious strategic planning, and a careful balancing between the combative spirit of the people and diplomacy.

- Finally, he said that we should act quickly and respond to the root causes of the problems of our homeland and our people. He said that we must have the wisdom and the power to heal our wounds collectively.

His Holiness Aram I concluded his speech by expressing his vision of the way forward as follows:

- We should avoid violence and polarization.

- We should avoid internal bloodshed. Military aggression should be used only for the defence of Armenia and Karabagh.

- We should not create dualities: Armenia-Diaspora, rulers-ruled. We are one nation with one history, one homeland, one present and one future.

Only this awareness and commitment, he said, will we strengthen our homeland. “The defence of Armenia and Karabagh should be the priority concern of every Armenian.”