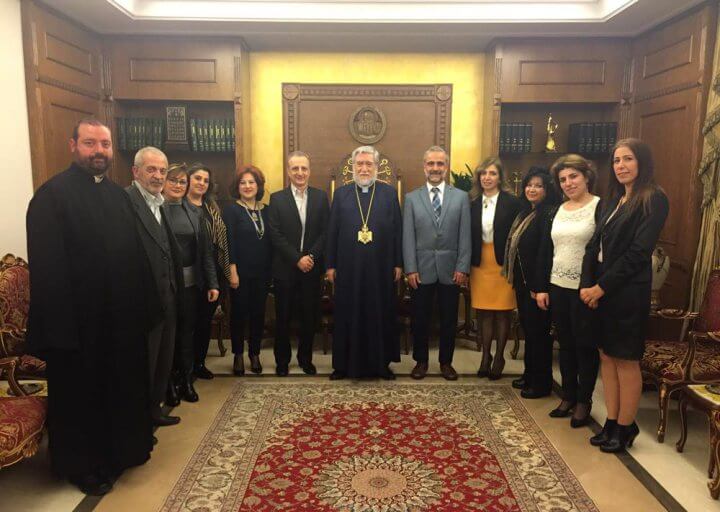 23 February 2016. On Thursday evening the members of the Committee and Very Rev. Sipan Ketchedjian, their spiritual advisor, met with His Holiness Aram I in Antelias. The Association was established in 2010 by His Holiness Aram I as a space for university graduates to meet and plan how to play an active role in the community. Hagop Handian, the Chairperson, presented the programme adopted for 2016 and thanked the Catholicos for his support. After hearing the report, His Holiness invited the Committee to contribute additional comments and ideas.

In his conclusion, His Holiness expressed his concern for the absence of university graduates within the institutions of Armenian communities in Lebanon and the Diaspora. He then told them that Lebanon was the pulse of the Diaspora. He said that university graduates should enable the Lebanese Armenian community to continue playing this role with a new thrust. He then ended, “History has demonstrated the role of young intellectuals as agents of change and innovative leaders. In view of new social and political challenges, and advances in science and technology, I urge the members of the Association to play a more active role in our communities.”