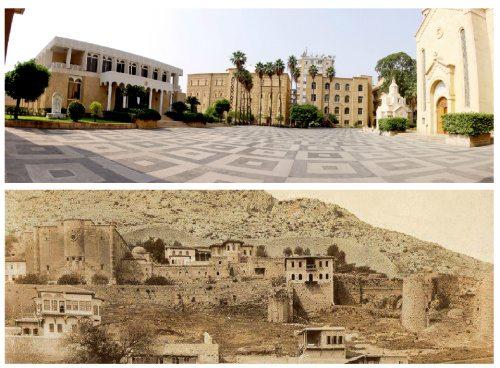 9 December 2015. On Wednesday at the “Jazair” conference centre in Istanbul, the Turkish members of the Legal Team of the Catholicosate of Cilicia, Mr Cem Sofuoglu, Esq. and Dr Taner Akçam, held a press conference to explain the lawsuit. They were accompanied by Very Rev Housig Mardisrossian the Ecumenical officer, and Rev Bedros Manuelian, Director of Communication. Mr Sofuoglu and Dr Akçam addressed journalists from the Turkish dailies, Cumhuriyet, Radikal, Huriyyet, as well as Reuters and the BBC. Also attending the press conference were the Armenian Member of Parliament in Turkey, Garo Paylan, other Turkish politicians and intellectuals, and the general councils of Ireland and the Netherlands.

The press conference informed the public that the Catholicosate of Cilicia had initiated the lawsuit on the occasion of the 100th anniversary of the Armenian Genocide, claiming from Turkey the return of its confiscated Seat in Sis (currently Kozan). It follows earlier ones held in Washington, Geneva, Beirut, and interviews given by His Holiness Aram I.