His Holiness Aram I decorates Vartan Melkonian, an orphan of Birds’ Nest and a conductor of the Royal Philharmonic Orchestra based in London 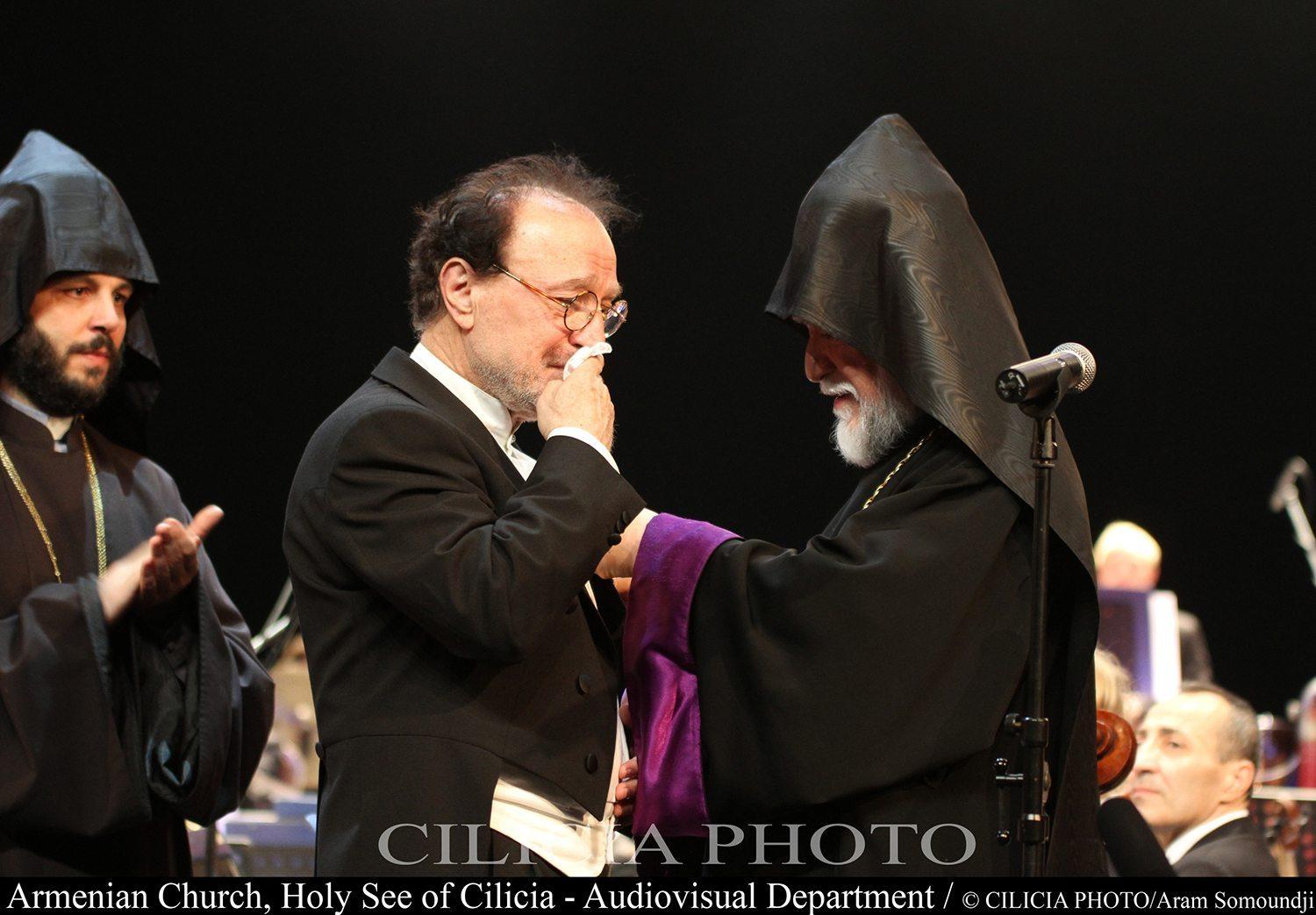 19 November 2015. On Thursday evening, Vartan Melkonian conducted the Beirut Symphony Orchestra at a concert jointly organized by the Baalbek International Festival Committee and the Pan Armenian Committee of the 100th Anniversary Armenian Genocide Commemoration in Lebanon. His Holiness Aram I was joined at the concert by various heads of different religious communities in Lebanon, political representatives and a number of ambassadors from Europe and Latin America.

The concert was dedicated to Maria Jacobson, the Danish missionary who founded the Birds’ Nest orphanage in Byblos and served the children until her death in Lebanon. The title, “The Orphan Builds a Home,” also paid tribute Philip Zakarian’s three-volume memoirs of an orphan.

The highlight of the programme was the symphony, “Drake Passage,” composed by the conductor and presented for the first time to the public. Maestro Melkonian narrated his life story during the concert.

His Holiness Aram I concluded the evening by speaking of Maria Jacobson’s spiritual journey through the lives of the thousands of orphans she nurtured, loved and guided as mother. He said that “the memory of this ‘mother’ leads us to remember the past and live the present with gratitude. Maria Jacobson reminds us of the bleak moments of Armenian diaspora history, as well as its renaissance. Mama Maria has deeply marked the life of Vartan Melkonian a child of the Birds’ Nest, who throughout his musical career has advocated for justice and human rights, echoing the message of the Catholicosate of Cilicia and its orphanage.” In recognition of his life and current dedication to children, Catholicos Aram I decorated him with the insignia of St Mesrob Mashdotz.