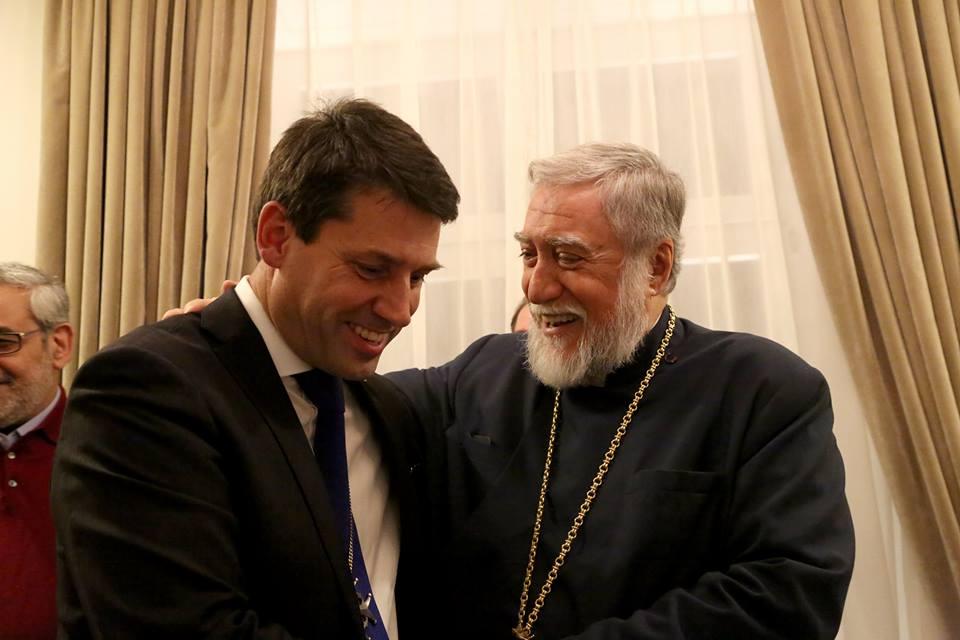 26 September 2015. On Saturday evening His Holiness Aram I met with Dr Gottfried Locher, President, of the Federation of Swiss Protestant Churches, at his hotel in Berne, accompanied by Pasteur Serge Fornerod, Director of External Relations of the Federation.

After a private meeting between His Holiness Aram I and Dr. Locher, the two church leaders signed a common statement, after which His Holiness declared: “I hope that my current visit to Switzerland with the theme ‘100 years of Swiss Armenian Solidarity,’ my meetings with high-ranking politicians, church leaders and the press and our private discussions have strengthened and deepened our relations as two churches, have contributed to the relationship between Armenia and Switzerland, and has strengthened the Swiss policy towards the Armenian Cause.”

President Locher informed the Catholicos that his messages and interventions were very well received by all circles and said that he hoped the relationship between the two churches would continue with renewed commitment and that they would continue to work together to meet the current problems and challenges.