Ecumenical Prayer Service at the Münster Cathedral in Berne 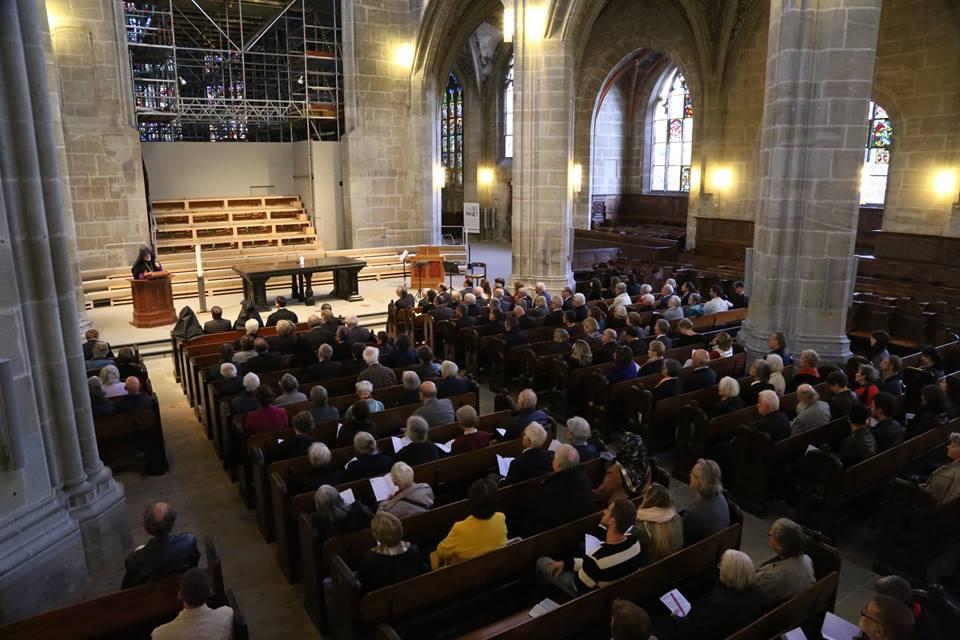 On Friday evening an ecumenical prayer of thanksgiving for the ‘100 Years of solidarity Between the Swiss and Armenians’ was held at the Cathedral in Berne, in the presence of Holiness Aram I and his delegation consisting of: Archbishop Khoren Toghramadjian, the Ecumenical Officer Very Rev Housig Mardirossian, Rev Bedros Manuelian, Member of Parliament Hagop Pakradouni, Mrs Teny Pirri-Simonian President of the Armenofas Foundation, Mr Alexan Keucheyan member of the Board and the other Board members, as well as representatives of local churches, Swiss Parliamentarians, the Ambassadors of Lebanon and Armenia to Switzerland, and a significant number of Swiss and Armenian faithful.

Pastor Gottfried Locher welcomed the guests and the congregation and led the prayers. After Biblical readings and intermittent Armenian liturgical music played by a young Lebanese Trio, Pastor Locher invited His Holiness Aram I to deliver his message. Catholicos Aram I first thanked the President of the Federation of Swiss Protestant Churches for having organized the important commemoration, and then addressed the guests and congregation. Catholicos Aram I said the people of Switzerland expressed their solidarity with the persecuted Armenians because of their Faith in God, commitment to justice and unconditional defence of human dignity. Addressing the Swiss youth, His Holiness told them to be proud of the humanitarian activities of their ancestors. And in return he asked the Armenian youth to remain grateful towards the people of Switzerland for their solidarity. He then invited youth on both sides to translate solidarity into cooperation.

At the end of the service, Pastor Gottfried Locher confirmed the attachment of the Swiss to Christian values and the reason for their actions during the Armenian Genocide.