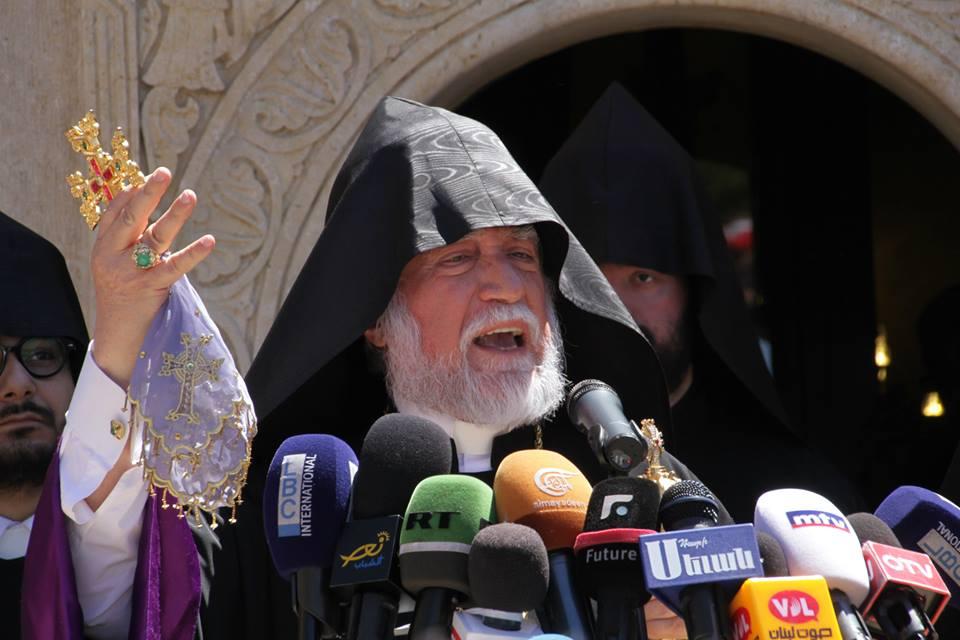 A legendary Armenian poet, Daniel Varoujan, before his murder by the Ottoman authorities in 1915, wrote: I firmly believe that the coming generations will create a new dawn for the Armenian people… .

The history of the Armenian people of the past hundred years was marked by massacres and deportation; it was also marked by community building and renaissance. Struggle for justice has embraced and impacted the whole life of the Ar­menian people in all its aspects, dimensions and manifes­tations.

Indeed, we created a “new dawn” in the victorious battle of Sardarabad, a crucial battle against Turkey which ensured the Independence of Armenia in May 28, 1918.

We created a “new dawn” by enriching the life of our nation with cultural values and great achievements in different spheres of community life.

We created a “new dawn” by restoring the freedom of the Armenian people in Nagorno-Karabakh in 1991.

We created yet another “new dawn” by proclaiming the second independence of Armenia in September 21, 1991.

In fact, the intent of the Ottoman-Turkish government of the time was to annihilate the Armenian people from the family of nations and erase Armenia from the map of the world. Today, one hundred years later, Armenia is still on the map of the world as an independent country and the Armenian nation has its par­ticular place within the world community. Not only did we survive the genocide, but through our strong faith and deter­mination we pursued our human rights. Our struggle for justice, namely, the recognition of genocide and reparation, was not easy. We faced tremendous problems and huge obstacles, but we remained firmly committed to the sacred legacy of our one and a half million martyrs.

Our struggle is not yet over. The Centennial of the Armenian Genocide is a reminder and a challenge to Armenians to renew their commitment to justice, human dignity and human rights.

We do not consider Turkey as an enemy, but we have a legitimate demand from Turkey. The forefathers of present day Turkey massacred our ancestors as part of a carefully planned and systematically executed genocide. They destroyed and con­fiscated hundreds of our monasteries, churches, church and com­munity properties, social, humanitarian and educational centers and institutions, including individual properties and religious and cultural objects and manuscripts of immense value. This is an undeniable fact of history, fully substantiated by historical evidences. Justice is a gift of God, violation of justice is a sin against God. Justice also constitutes the core of inter­national law.

Turkey with its geopolitical, diplomatic, economic and finan­cial advantages cannot conceal the historical truth. The leaders of Turkey cannot silence the voice of justice. We do not ask for condolences from Turkey; we demand the recognition of the Armenian Genocide and reparation. The return of our churches, monasteries and community centers to our people, their rightful owners, could be a first step forward.

It is vitally important to underscore that the genocide against the Armenians was planned and executed by the Ottoman Empire because of Pan-Turanism, the nationalist ideology of the political party in power at that time. The Union and Progress party, popularly known as the Young Turks, sought to unify the people of Turkish origin, politically, culturally and ethnically,
not only in Turkey but also in the Middle East, Asia and beyond. The presence of Armenians in Cilicia and Western Armenia was an obstacle to this ideology. In order to remove the obstacle, the government instituted a process of genocide. The authorities implemented this program in three ways: First, they killed or imprisoned the Armenian lay and spiritual leadership. Second, they organized massacres in the regions densely inhabited by Armenians. Third, they deported the others to the Deir Zor desert (Syria) to die of hunger and disease. Today Turkey is distorting the facts by referring to our people’s demand for justice as religious incitement. Our cause has nothing to do with religion. We have been living with Islam, following the principles of mutual respect and understanding, since the 7th Century and will continue this way of living together.

We are grateful to our Arab brothers and sisters, who opened their homes to the survivors of the Armenians Genocide and shared their bread and homeland with them. The Arab World, particularly Lebanon and Syria, became the centers of the renais­sance of the Armenian people.

We are grateful to French, American, Swiss and Danish religious and humanitarian organizations for providing aid to the survivors of the Armenian Genocide.

We are grateful to the countries and organizations that have formally recognized the Armenian Genocide. We still expect that this first genocide of the 20th Century will be condemned also by all those who, for one reason or other, have not yet taken a firm stand in respect to this crime against humanity. The support of the inter­national community is of utmost importance for our just cause.

We reject violence and hatred in all their forms and mani­fes­tations. We believe in peace with justice and reconciliation among nations, religions and states based on human rights and justice, mutual understanding and respect. These principles and values sustain the life and the struggle of the Armenian people.