To live, to endeavour and remain loyal to the legacy of the martyrs of the Armenian Genocide 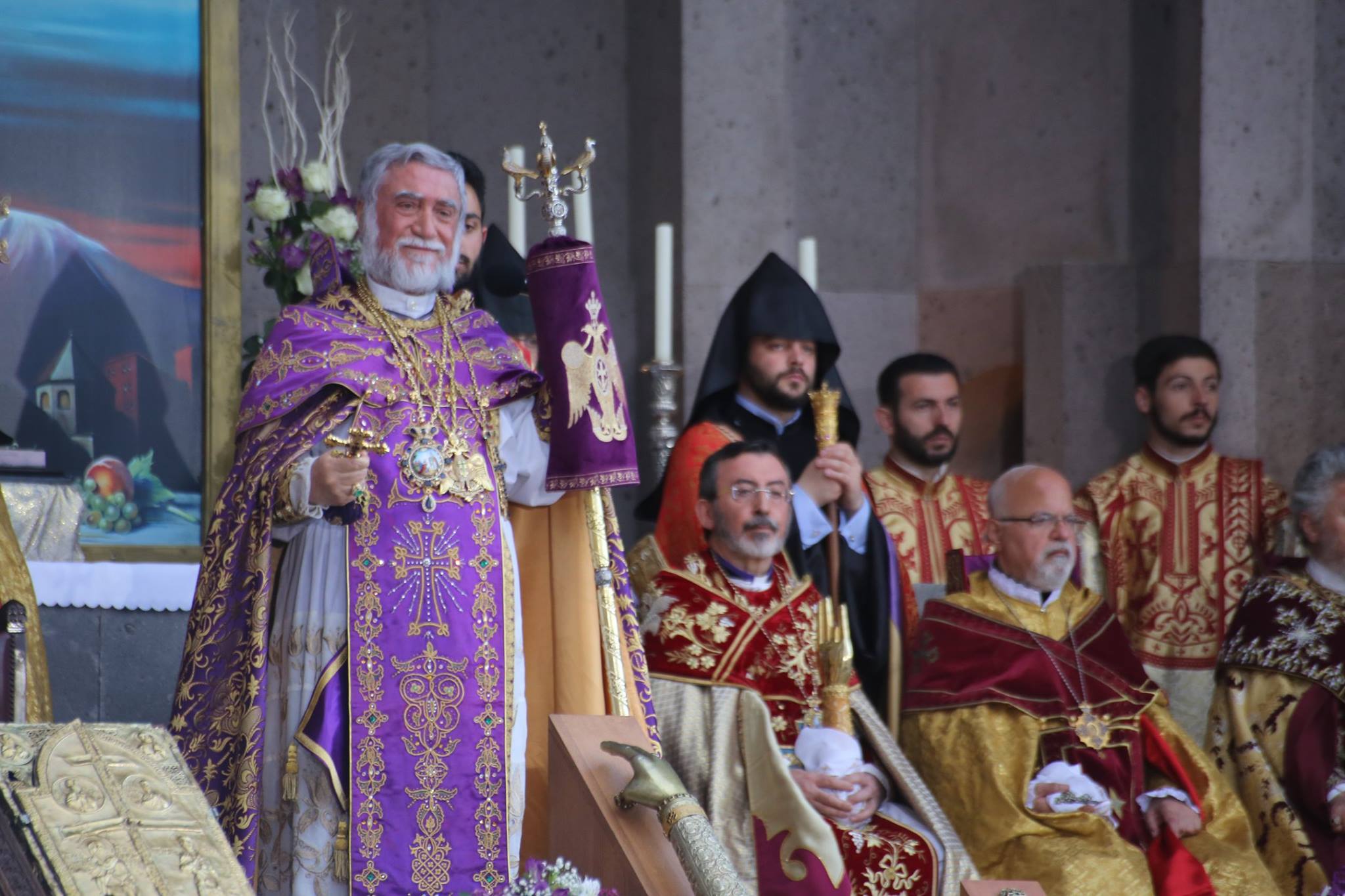 The following is a Summary of His Holiness Aram I’s message in Holy Etchmiadzin on 23 April 2015.

“With the power of the Holy Spirit we repelled the evil” (Book of Hourly Prayers p.65), was the theme of His Holiness Aram I’s message during the Holy Liturgy of Sanctification of the Martyrs of the 1915 Armenian Genocide.

Catholicos Aram I described saints as persons who are filled with heavenly truths, who witness for their faith, who defeat evil through the intercession of the Holy Spirit and who lead the believers to God. As the bridge between earth and heaven, they lead us to the heavenly light.

Through their example, saints teach us to live a Christ-centred life based on the Bible and inspire us to become ambassadors of the Son of God. Without the sanctifying presence of the Saints our lives become meaningless.

His Holiness then explained that the Armenian Church does not normally determine sainthood through consultations and canonical processes. The Armenian Church declares those persons saints whom the faithful have identified because of their exemplary lifestyles. Hence, our saints are not only the subjects of rituals and pictures, but also persons who have impacted the daily lives of our people.

This has been the case of the one-and-a-half million victims of the Armenian Genocide. For the past one hundred years they have inspired and strengthened Armenians everywhere. Their martyrdom has deepened the faith of the survivors and filled them with spiritual values through which Armenians have been empowered to rise and not perish, rebuild their lives and commit themselves with determination to demand justice and compensation on behalf of their slaughtered ancestors.

Today, the Armenian Church declares the one-and-a half million victims of the Genocide as saints while their remains are still scattered in the towns and villages of Western Armenia, Cilicia, and Der Zor.

His Holiness Aram I then concluded, “Through their sainthood we should remember that, inspired by the Holy Spirit, they defied evil; we, their descendants, should also defy the evil of our modern times.

They died so that we live, work and flourish.

They died because they remained loyal to our ideals as a nation and it is our legacy to live for those ideals.

Their memory is the bell that tolls and urges us to continue demanding our just rights.

Their memory has become the forge on which we form our determination to continue remembering and reminding.

Their memory strengthens our hope rooted in our Christian faith.”

His Holiness Aram I appealed to Armenians to renew their commitment to remain loyal to the legacy of their ancestors by keeping their Christian faith and protecting the homeland; he concluded with a prayer from St. Nerces the Gracious, “O glorious martyrs, children of God, who were baptized by your own blood and who died like Jesus on the Cross, we besiege you to intercede on our behalf to the Lord.

O Holy Martyrs, lead us to the eternal life, towards the fountain of life and light and protect our people and our homeland.”