“The Revival of the Armenian Community in Syria is a priority for All Armenians,” States His Holiness Aram I in His Christmas Message 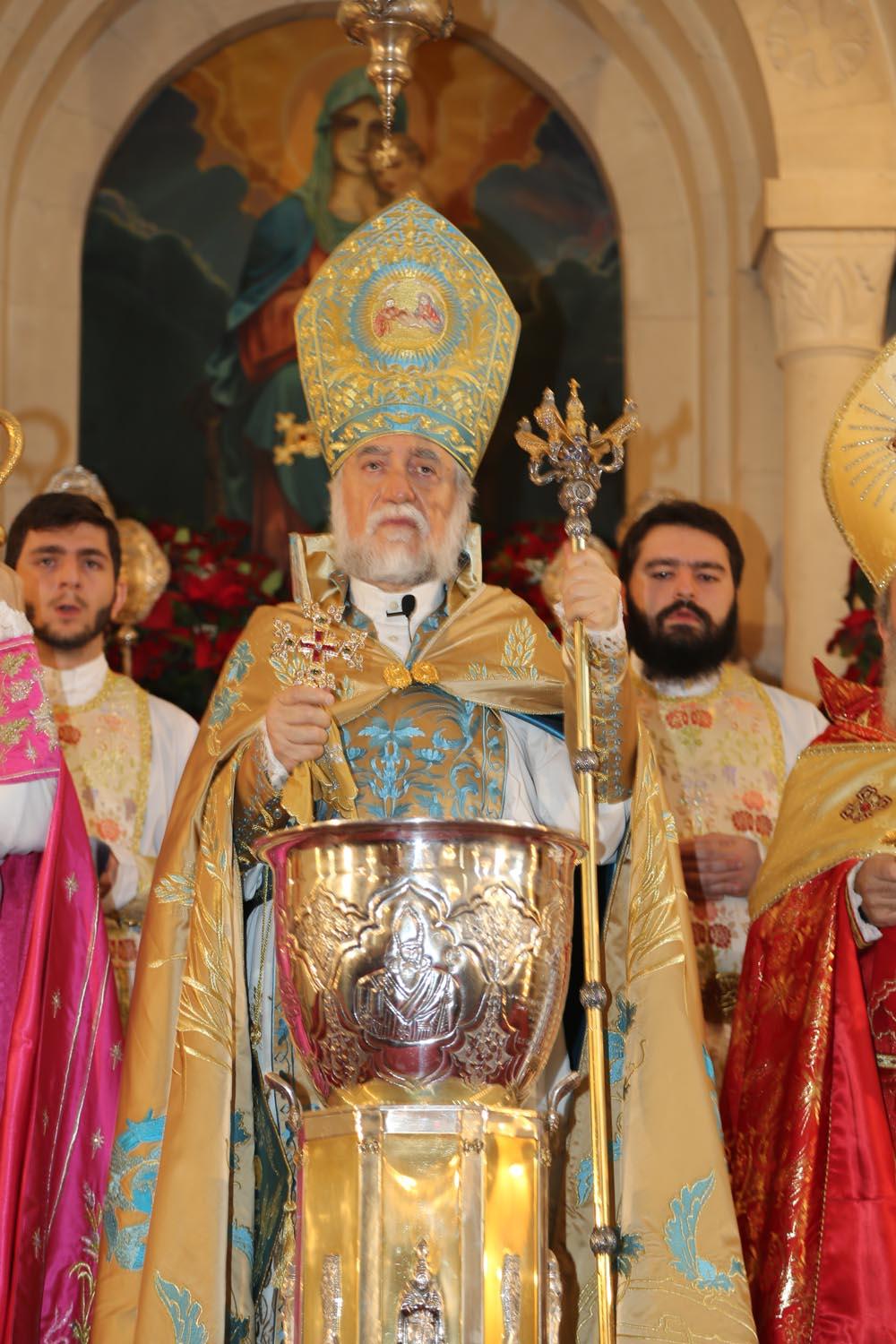 On Monday 6 January His Holiness Aram I celebrated the Holy Liturgy and gave his Christmas message to the faithful at St. Gregory the Illuminator Cathedral. His Holiness stressed the theme of peace, following the message of Jesus the Prince of Peace in his parables and his blessing of the peacemakers. The Catholicos remarked that the peace of Jesus was built on justice and mutual love, and that the Church is called to make peace the core of its vocation.

His Holiness Aram I addressed the major conflicts within and between the countries of the world and, particularly, those in the Middle East. In the spirit of the message of peace that is central to the teachings of the two great monotheistic religions of Islam and Christianity, the Catholicos asked Christians and Muslims to denounce violence. His Holiness then reminded the faithful that although co-existence between the two religions has not always been easy, Christian-Muslim relations have nevertheless been sustained. The current violence, he continued, is the result of irresponsible actions by extremists, denounced by Muslims and Christians alike. He then urged Christians to remain attached to their roots and not to emigrate, but to grasp their responsibilities and stand up for their rights.

His Holiness described Lebanon as the ideal model for Christian-Muslim conviviality, a victim of regional conflicts and, at the same time, a bridge between the East and the West. He then urged the Armenian community to remain united and to help protect Lebanon's independence and integrity.

The Catholicos concluded His message by addressing the suffering community in Syria. He told the faithful that they must go beyond simply thinking of or praying for the suffering Armenian community; they should seek to help them materially until the day when they recover from the current tragedy and rebuild their lives.