A TRIBUTE TO MARIA JACOBSEN 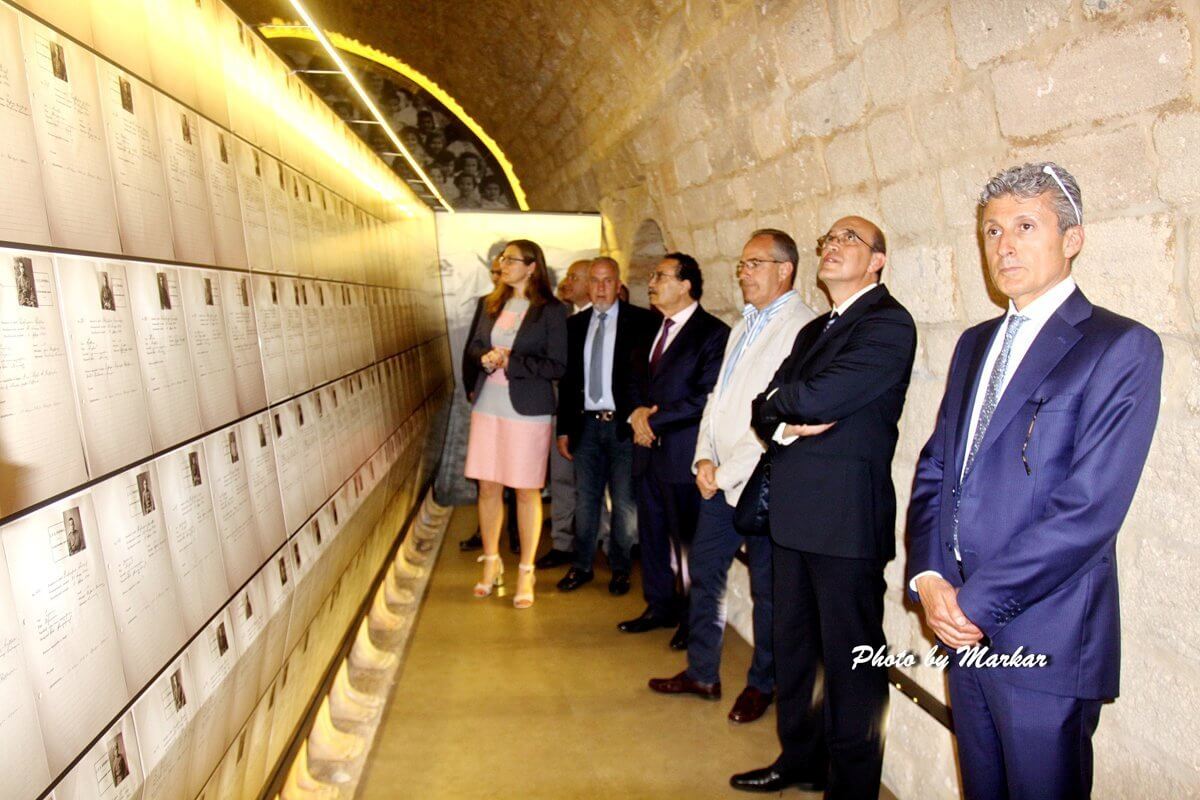 Under the patronage of the Ambassador of Denmark in Lebanon Merete Juhl and the Ambassador of the Republic of Armenia Vahagn Atabekyan, and organized by the Municipality of Byblos, a tribute to the Danish missionary Maria Jacobsen “Mama” was held on May 21st, 2019, in front of her tomb in the vicinity of the Armenian Genocide Orphans’ “Aram Bezikian” Museum, at the Birds’ Nest Orphanage, in Byblos.

Present at the event were also the Lebanese Minister of Tourism Avedis Guidanian and around 20 ambassadors of different countries to Lebanon.

Samuel Boyadjian, the director of the Orphanage, delivered the welcoming remarks and represented Mama Jacobsen.

Subsequently, a requiem service was held for the soul of Mama.

On this occasion, the Danish Ambassador Meret Juhl delivered her speech. She expressed her joy at marking the memory of the Danish humanitarian who had dedicated her life to more than 4000 orphaned children of the Armenian Genocide. Ambassador Juhl mentioned that Jacobsen had left her own home to become a home and had established the Birds’ Nest Orphanage in Byblos.

The Armenian Ambassador also delivered his speech. In his turn, he expressed his gratitude to the Danish embassy and the Municipality of Byblos. Talking about Jacobsen, Ambassador Atabekyan recounted some memories of the orphans, especially the story about putting together a garden. He said that Armenians will be forever grateful to Jacobsen.

The pontifical speech of His Holiness Aram I was read at the tribute by Bishop Shahe Panossian. His Holiness states that the Birds’ Nest Orphanage is considered a holy place for Armenians and has served as a sanctuary for survivor orphans. The Catholicos commended the initiative of paying tribute to Jacobsen and stressed that by sharing the pain, the pain will transform into hope and underlined that Jacobsen’s image and memory will always be present in our hearts, adding that both the orphanage and the museum symbolize life, harmony, tolerance and peace.

Finally, the ambassadors placed wreaths in front of the tomb and toured the museum. They also toured Byblos and were the dinner guests of the municipality.