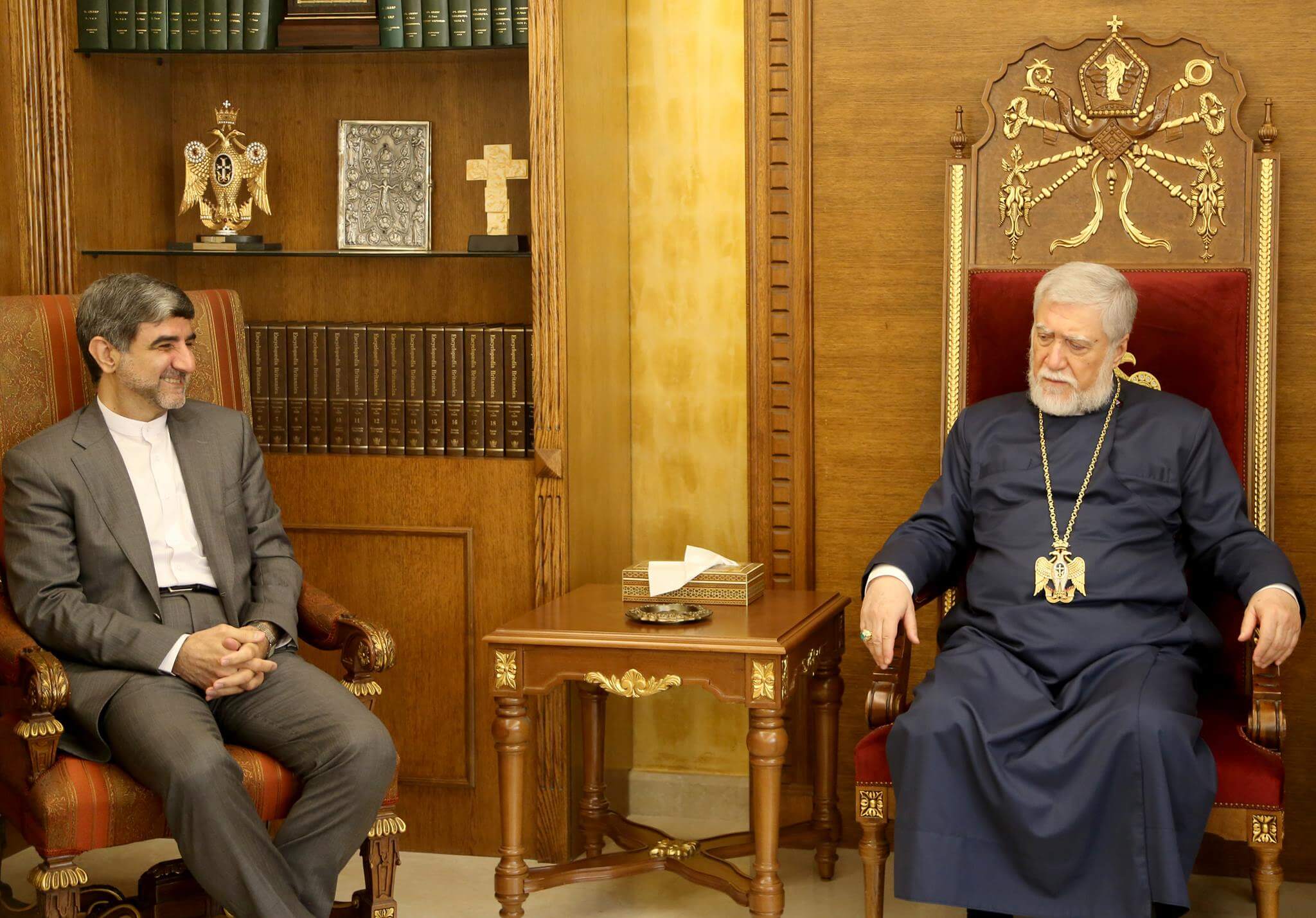 On November 6th, the newly appointed Iranian Ambassador to Lebanon Mohammad Jalal Firouznia visited His Holiness Aram I in Antelias.

They discussed matters concerning cooperation between the Catholicosate of Cilicia and the Islamic Republic of Iran and talked about the situation in the Middle East. His Holiness also stressed the importance of strengthening the relations between Armenia and Iran.

Speaking about the situation in Syria, the Catholicos saluted the reconstruction and revitalization process that are taking place in Syria and underlined the significant role that Syrian Armenians have played in the Armenian Diaspora.

Regarding Lebanon, His Holiness Aram I emphasized the imperative of the participation of the Lebanese Armenian community in the government with two representatives.

In turn, the ambassador assured that Iran will continue its good relations with the Catholicosate and Armenia and praised the contribution of Armenian Diaspora community in their local residents, especially in Lebanon and Iran.