THE FEAST OF THE EPIPHANY IN ANTELIAS 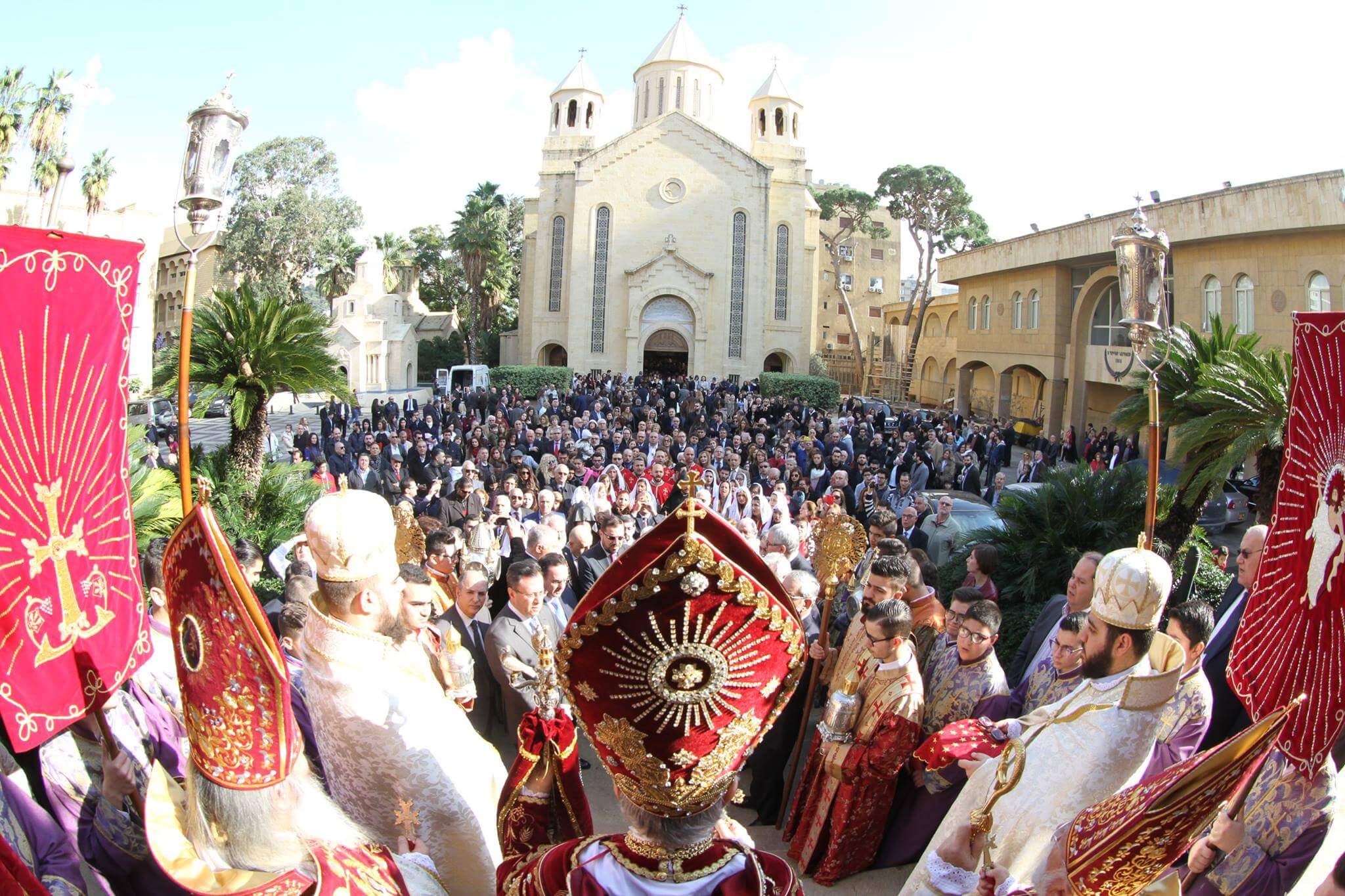 “AS WARS, POLARIZATION IN POLITICS, AND MISERY OF THE PEOPLE GROW, THE MESSAGE OF BETHLEHEM REMINDS HUMANITY OF ITS VOCATION TO ESTABLISH PEACE WITH JUSTICE BASED ON MUTUAL RESPECT” STATES HIS HOLINESS ARAM I

On Saturday morning, 6 January, His Holiness Aram I entered the Church in procession while the bells of St. Gregory the Illuminator chimed, announcing the Feast of the Incarnation of the Son of God in Bethlehem. A large number of the faithful, including community leaders and elected political representatives, participated in the Holy Liturgy. His Holiness presided over the Liturgy and preached the homily.

In his sermon, His Holiness said, “The Incarnation of the Son of God in Bethlehem demonstrates God’s purpose for humanity. As wars, polarization in politics, and misery of the people grow, the message of Bethlehem reminds humanity of its vocation to establish peace with justice based on mutual respect.” He stated that material values based on greed rather than human rights are undermining spiritual values. “During the New Year,” His Holiness declared: “When politicians express their good wishes to their people, we tell them to spare their words and to act on issues of justice; we tell them to stop exploiting the poor and looking after their own interests; we tell them to put away their empty phrases and to focus on the interests the people.” Speaking of mutual respect, the Catholicos emphasized the point that justice means protecting the rights of the other and acknowledging and respecting one’s neighbours as they are. Addressing the ‘Truth’ claims, His Holiness explained that there are other approaches to God’s Truth and that we should not seek to impose our own interpretation on others. He also pointed out that the three Monotheistic religions agree that intercultural and interreligious relations should be based on mutual respect and mutual acceptance.

Catholicos Aram I concluded his message by addressing the issue of Jerusalem; he affirmed its special status, identity, and importance for all three monotheistic religions. He condemned unilateral approaches that deny the rights of the local population and that do not acknowledge the legal rights of all three monotheistic religions. Addressing the presence and rights of the Armenian Church in Jerusalem, His Holiness said, “the Armenian Patriarchate of Jerusalem has existed since 638 AD, during which time 97 Patriarchs have served the throne.” He pointed out that, through its many churches, holy sanctuaries, and places of pilgrimage, the Armenian community’s presence in Jerusalem has been uninterrupted and that, over centuries, the historical and legal rights of our Church have been established and validated through relevant international mechanisms. The Catholicos said, “We reject unilateral decisions declaring Jerusalem the capital of Israel.” He went on to say that such unilateral decisions undermine justice and jeopardise Middle East peace processes. He finished by declaring that “as we celebrate Christmas today, we should remember the injustices and sufferings of the Palestinians and all other people in the region; we must advocate for justice based on the principles of self-determination and human rights, as they are upheld in all internationally agreed instruments.

Before the sermon, the Catholicos sent his greetings to Serge Sarkissian, the president of Armenia, Pako Sahakian, the president of Artsakh, His Holiness Karekin I of All Armenians, His Beatitude Patriarch Nourhan Manoukian of Jerusalem, and His Eminence Archbishop Karekin Bekjian, Locum Tenens, Patriarchate of Constantinople. He also expressed his good wishes to the Diocesan Bishops and elected lay members of the Catholicosate of Cilicia Councils.