A special event commemorating late Catholicos Zareh I and Khoren I 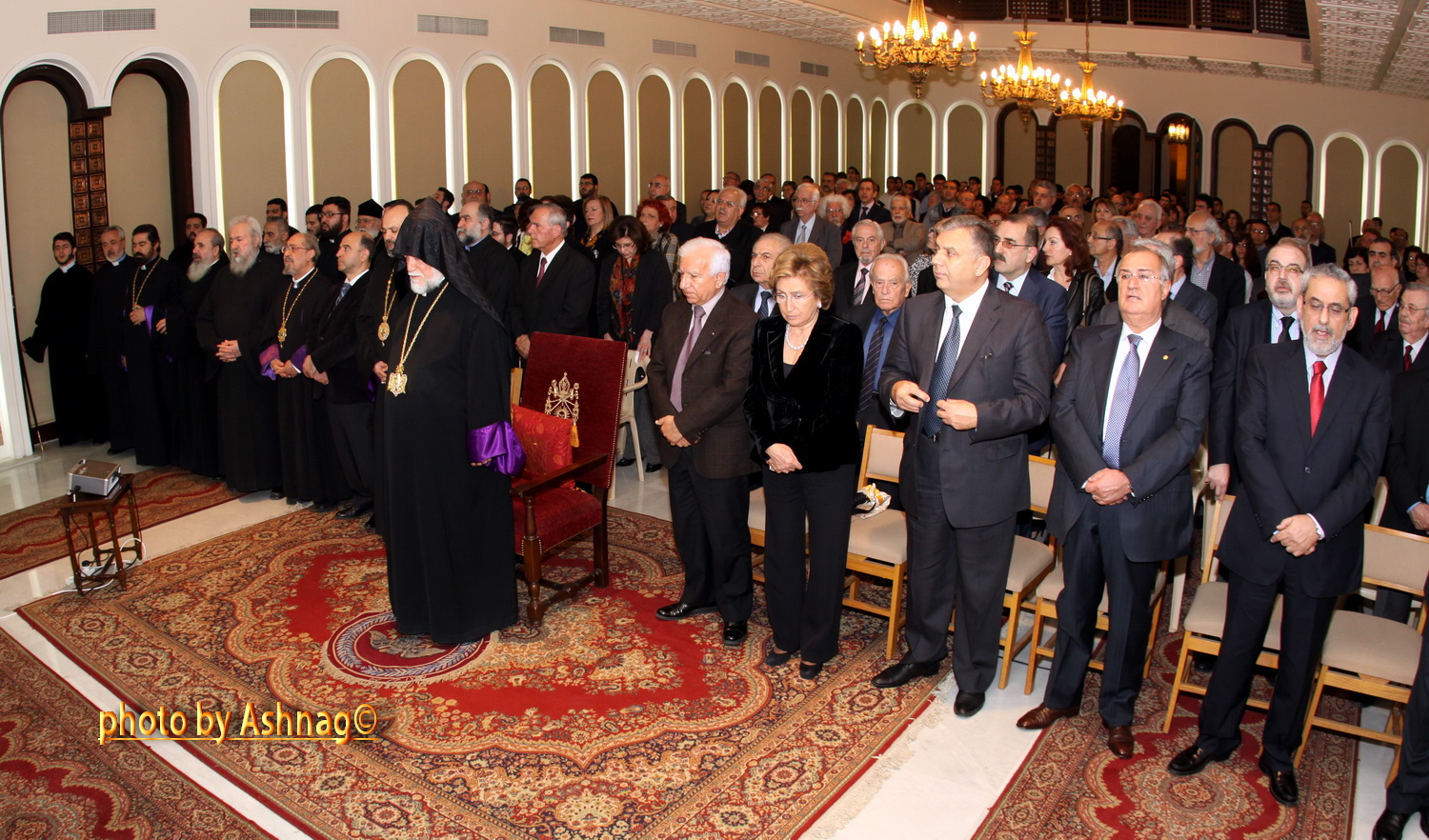 SAID HIS HOLINESS ARAM I

2013 marks the 50th anniversary of the death of Zareh I and the 30th anniversary of Khoren I. A special event organized by His Holiness Aram I was held on Friday 12 February at the ‘Cilicia’ museum. In his opening speech His Holiness said,  “This evening is an opportunity to pay our tribute to two Catholicoi who served our See of Holy Cilicia, which had been uprooted by Turkey, and who served our people, during the post Genocide recovery period and through the East-West tensions of the Cold War.

Mr. Alecco Bezikian spoke about Zareh I. He described him as a humble spiritual leader who believed in forgiveness. “Today, everyone praises the humility of the new Roman Catholic Pontiff Francis I; we had our own St. Francis in Zareh I 57 years ago,” he concluded.

Speaking of Khoren I, Parliamenterian Hagop Pakradouni said that the late Catholicos was a close friend of his family and hence he had known him since childhood. He described Khoren I as a spiritual leader with unique capabilities. Pakradouni then said, “The late Catholicos Khoren I strongly believed that our spiritual and cultural heritage in the diaspora should also be expressed through monuments.” He concluded, “Khoren I was the true Catholicos of All Armenians because everybody loved him.”

In his concluding remarks, His Holiness Aram I described the deceased Catholicoi as truly loyal servants to the See of Cilicia. He then said, “The two late Catholicoi had different personalities and leadership styles, but both rooted their mission to the Church in the Gospel values. They are models of spiritual leadership for the young generation.”