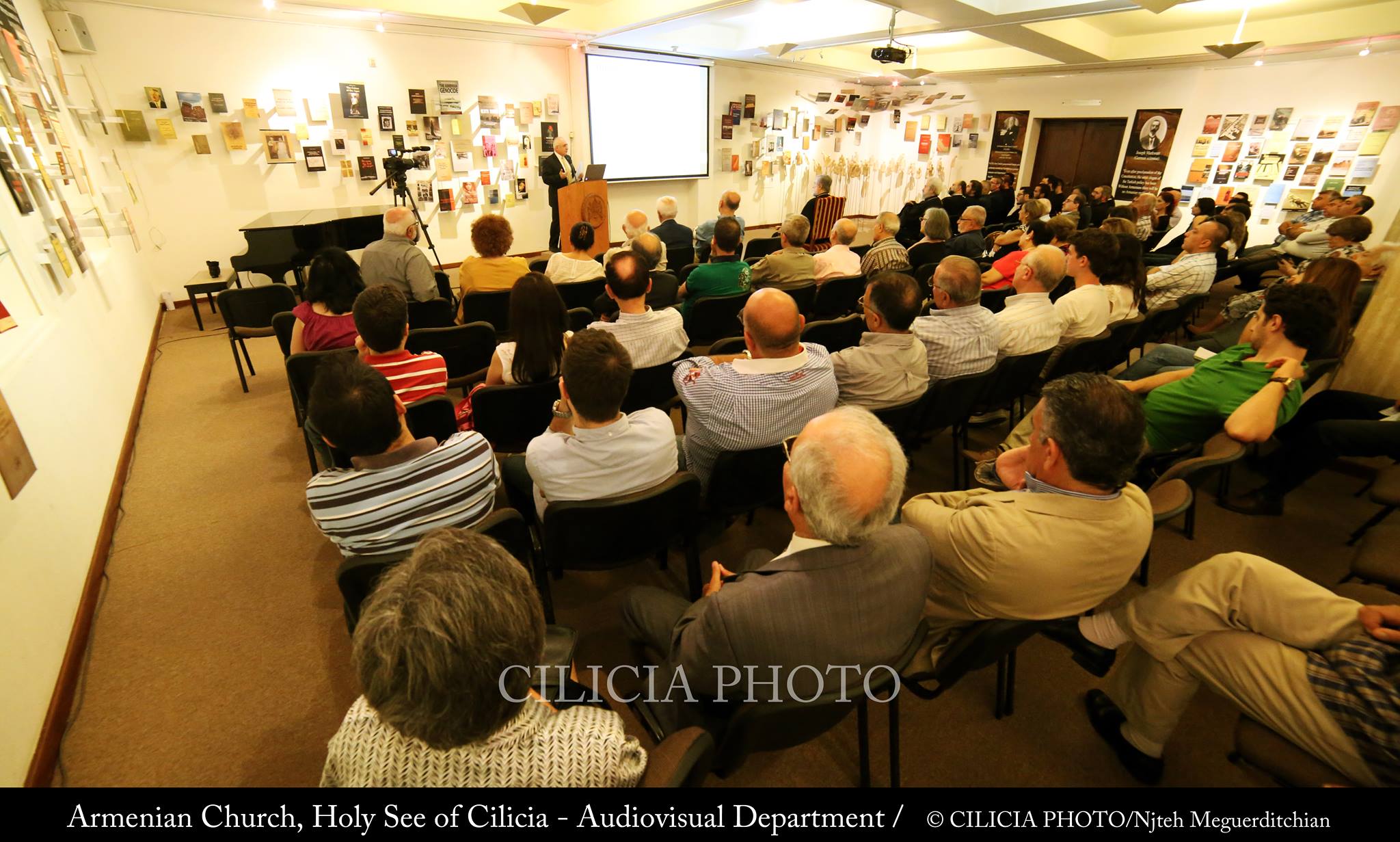 30 June 2015. On Tuesday evening His Holiness Aram I presided over a special event on the Armenian Genocide organized by the communication department of the Catholicosate of Cilicia. Professor Taner Akçam, Professor of History and the Robert Aram, Marianne Kaloosdian and Stephen and Marian Mugar Chair in Armenian Genocide Studies at Clark University, spoke on the topic, “The Armenian Genocide research, findings and current challenges.“ A large number of clergy, academics, students and members of the community attended the lecture given by the Turkish scholar at the Cilicia Museum Hall in Antelias.

Following a question/answer period, His Holiness Aram I concluded the evening by thanking Taner Akçam for his courage and commitment to the Armenian Genocide and also for accepting to join the team of experts who filed the lawsuit with the Constitutional Court of Turkey on 27 April 2015, demanding the return of the property of the See of Cilicia in Sis. Stating that he shares Professor Akçam’s concern to have more youth interested in the history of and research on the Armenian Genocide, His Holiness Aram I announced his determination to assist interested candidates.