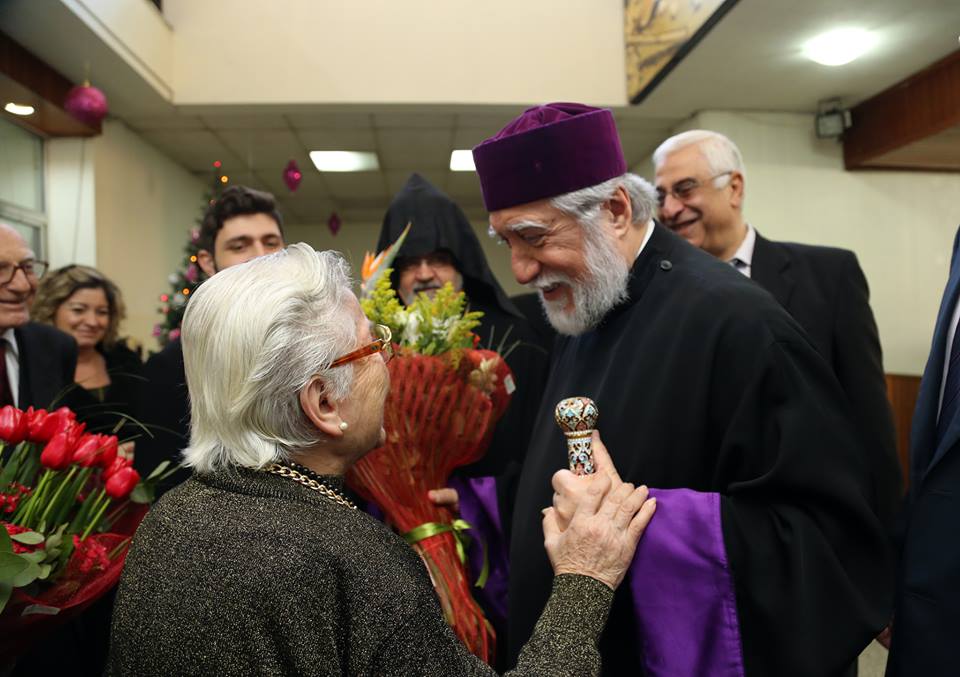 30 December 2014. On Monday, His Holiness Aram I, accompanied by members of the brotherhood, visited the Home for the Elderly in Bourj Hammoud, his last pastoral visit of 2014.

The members of the Board and the Directorate welcomed the Catholicos, who thanked them for their care of and commitment to the elderly. Addressing the residents, His Holiness assured them of the continued care of the community. He said that every member of the community is called to respond to the call of Jesus to serve according to his or her ability because "the greatest are those who serve (Matt. 23:11-12)."

After attending the special cultural programme of poetry and Christmas hymns and songs, the clergy distributed gifts and His Holiness Aram I thanked the residents and staff for their good wishes and gave them his blessing.