“Armenians should remain faithfull to the four highest legacies of our people: The Church, the Nation, the Culture and demanding justice to the memories of the Genocide victims” His Holiness Aram I 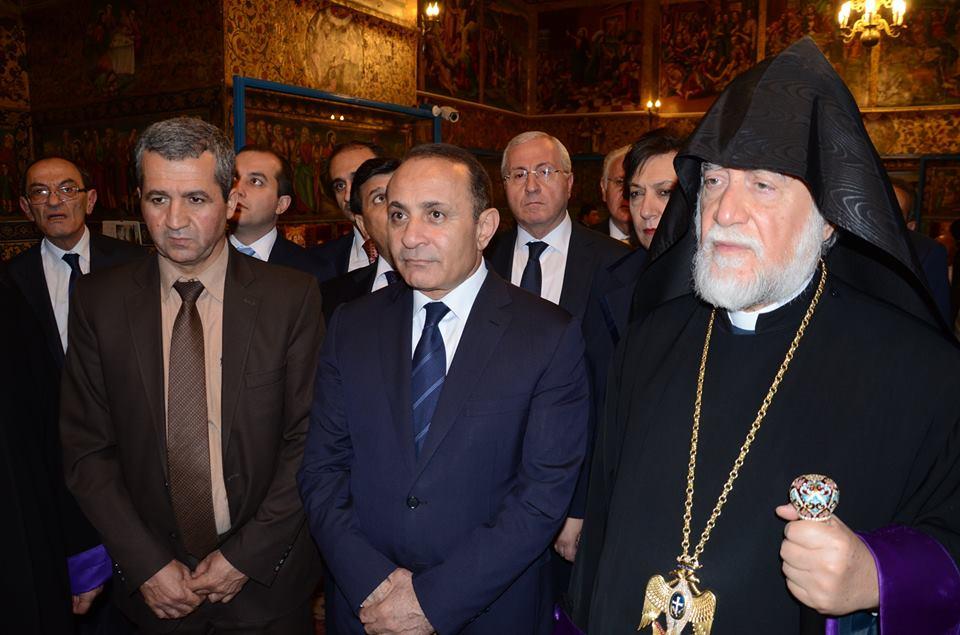 23 October 2014. The three day conference concluded with the celebration of the 350th anniversary of the Holy Saviour Monastery, in New Julfa, in the presence of His Holiness Aram I and the Prime Minister of Armenia accompanied by seven Government Ministers.

The programme began with the welcome and historical presentation of Mr. Noel Minassian, President of the Diocesan Council, followed by the speech of Prime Minister Hovig Abrahamian, who thanked the Armenians of New Julfa for having kept their language and culture over 400 years. The Prelate, Bishop Papken Charian in his address assured the audience of the commitment of the community to keep alive the historical heritage of its ancestors.

In his closing message His Holiness Aram I said that nations are enriched and sustained through their inherited legacies: the Church, the Nation, the Culture and demanding justice to the memories of the Genocide victims. He then elaborated on the theme of the Armenian Genocide and said that irrespective of the circumstances and the time, we shall continue to demand justice for our martyrs. He then added that there were two different approaches, one that of the Armenia as government and two the diaspora. While approaches differ, the goals should remain the same because we owe justice to our martyrs.

On the same evening, His Holiness and the Prime Minister were the guest for dinner of the Governor of Isfahan.