His Holiness Aram I Arrives in Tehran 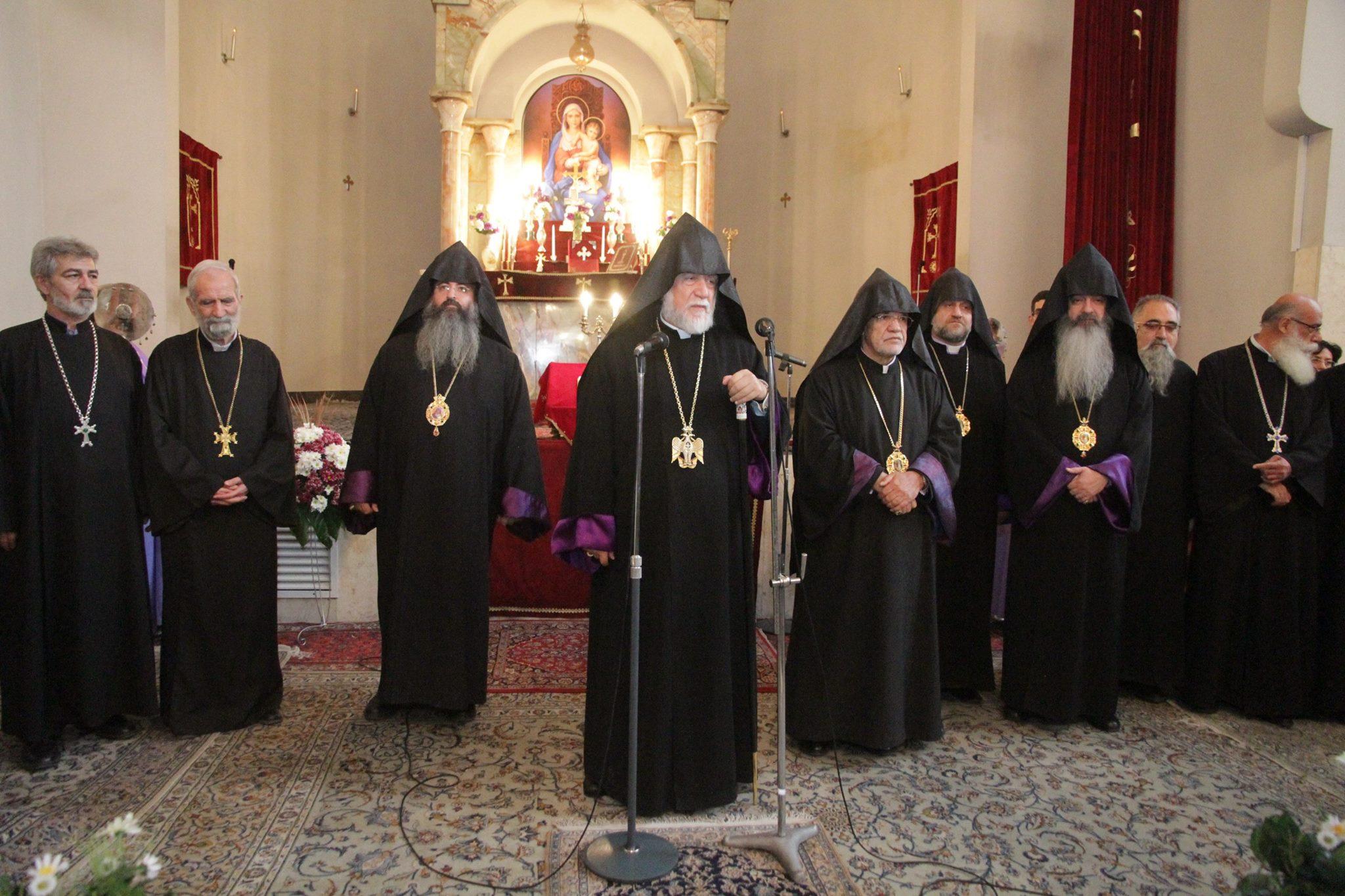 15 October 2014.On Wednesday afternoon, upon his arrival at Tehran airport Catholicos Aram I was met by the Prelates of Tehran Isfahan & Tavriz , the Armenian members of the Iranian Parliament, the Ambassador of Armenia to Iran and the representatives of Diocesan Councils.

The Catholicos was then taken to the Cathedral where he took part in canonical prayers and met the members of the community. Archbishop Sebouh Sarkissian, the Prelate of Tehran, welcomed His Holiness and transmitted the people’s gratitude for his service to the Armenian Church and the community. In response, the Catholicos spoke of the unity manifested through the cooperative work of the three Dioceses of Iran on the eve of the 100th anniversary commemorations of the Armenian Genocide in 2015, and he commended it as an example for the whole Church.

After receiving the greetings of the people and giving them his blessings, His Holiness Aram I joined the General Assembly of the Diocese of Tehran.