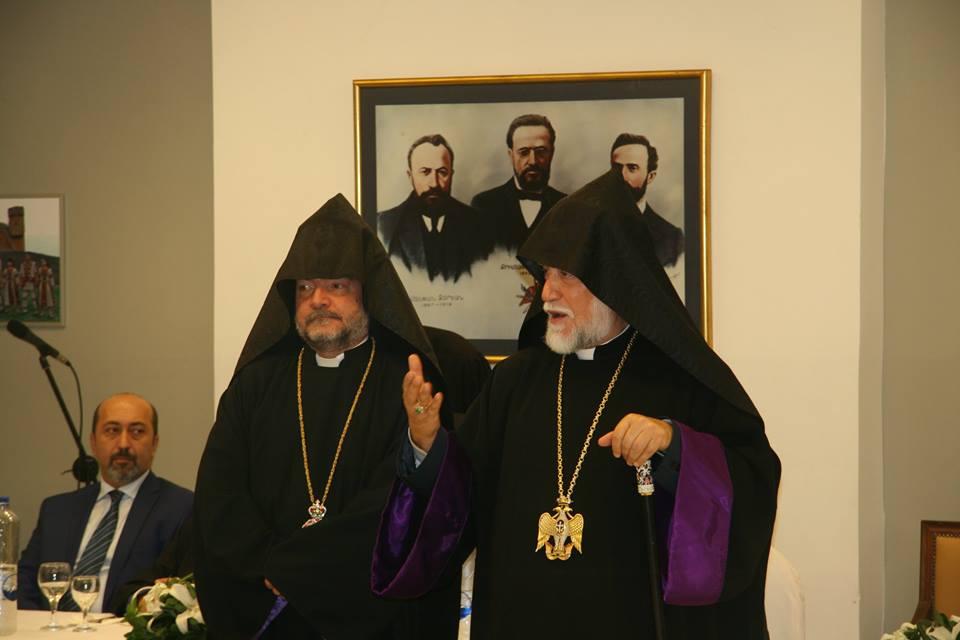 On Monday 29 September 2014, after he was awarded an honorary doctorate at Athens University, His Holiness met the Armenian community of Athens at a dinner organized in his honor by the Diocese.

In response to the request of the Diocesan council, His Holiness Aram I decorated Mrs. Shaké Elmasian, Ms. Keghanoush Avsharian and Mr. Guiragos Meguerditchian with the Insignia of St. Mesrob Mashdotz in recognition of their long service as educators. In his address, His Holiness Aram I praised the educators for introducing young Armenians to ideals and values that help shape their character. He said that the Armenian nation needs committed teachers and he encouraged the youth to choose this high vocation. Concluding his address, Catholicos Aram I thanked everyone who volunteered their service during bad times to help guarantee the survival of the Armenian school; he also reported that he had been filled with pride on hearing Greek politicians and clergy praise the Armenian community for its contribution to the welfare of Greek society.