His Holiness Aram I Meets with the Prime Minister of Greece 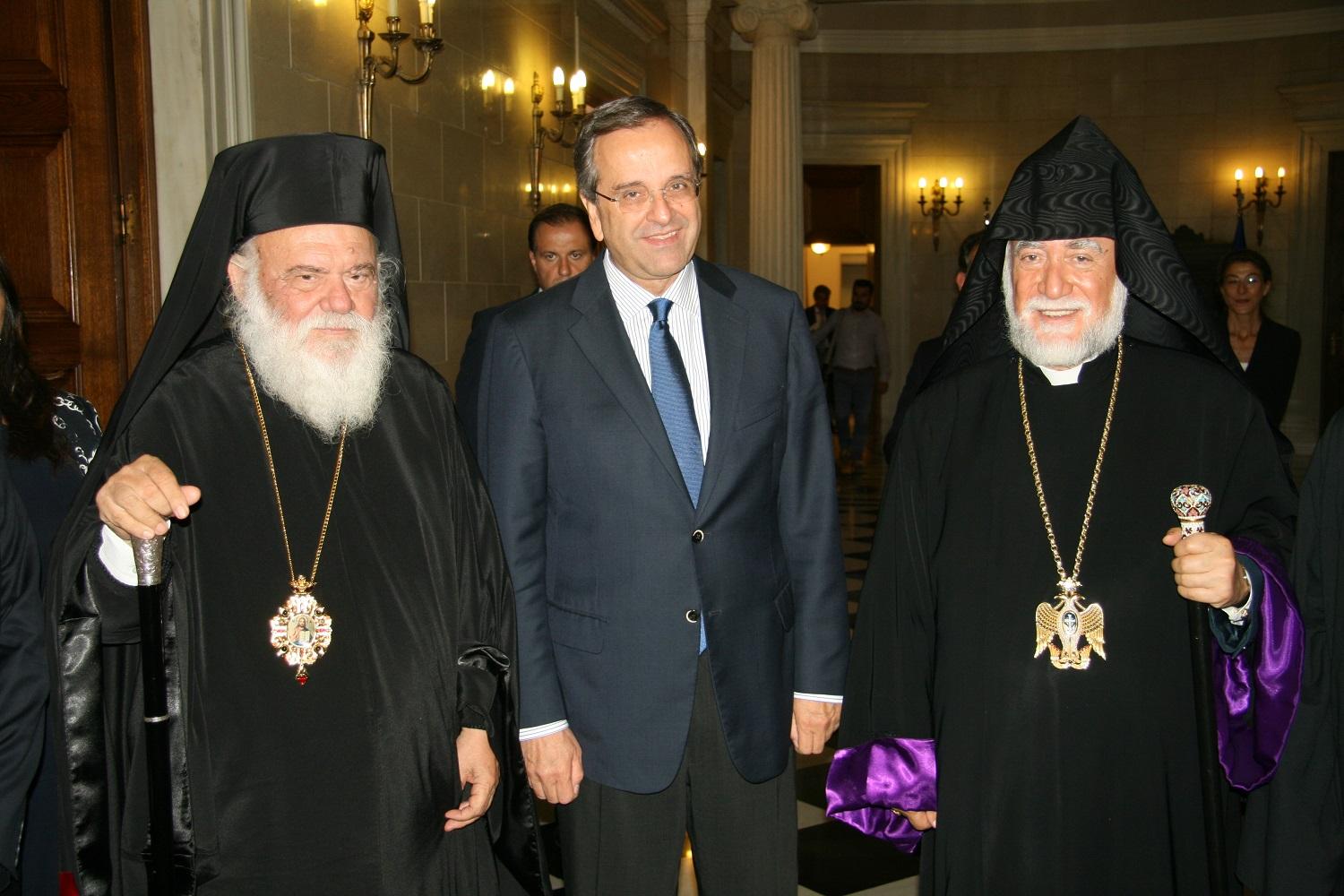 22 September 2014. On the day of his arrival, His Holiness Aram I, his entourage, the Prelate Archbishop Khoren Toghtramadjian, as well as representatives of the Armenian community, met with Prime Minister Antonis Samaras.

The Catholicos Aram I thanked the Prime Minister for supporting the Armenian cause. He said that the recent decision of the Greek Parliament to criminalize Genocide denial by law brings to fruition Mr. Samaras’s 1996 initiative in which he moved that the Greek parliament recognize the Armenian Genocide. His Holiness then expressed his appreciation for his efforts to redress the country’s economic crisis.

In response to Mr. Samaras’ request, His Holiness briefed him on the visit of Middle East Patriarchs to Washington and their meeting with President Obama.

At the end, in recognition of the Prime Minister’s contribution to the Armenian cause, the Catholicos decorated him with the insignia ‘Knight of Cilicia.’