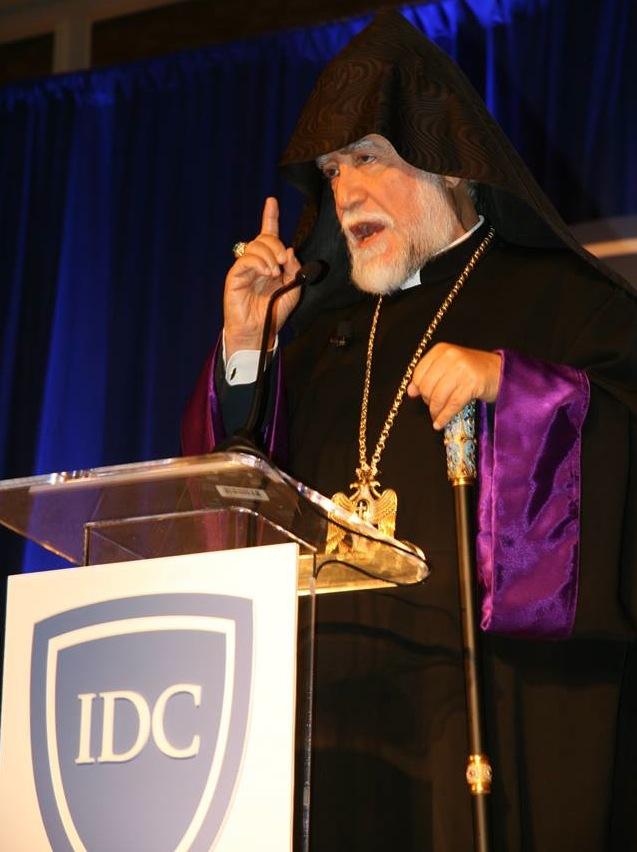 Indeed, this is a call of our Lord Jesus Christ. At the end of his earthly ministry, the Son of God, in His prayer to the Father, referring to His disciples, said “that they may be one, as we are one” (Jn 17:21).

It is vitally important to underscore two points pertaining to Christian unity. First, Christian unity is a gift of God in Christ; it is not a human achievement. The God given unity was broken in the course of history because of human sin. The churches are called to heal the brokenness of unity in obedience to the call of Christ, and articulate it through their life and witness.

Second, Christian unity is not a goal in itself; it should be at the service of the church’s mission. Christ said: “As you have sent me to the world, likewise I sent them to the world” (Jn 17:18). The church is sent to the world with a missionary mandate, and the church's mission is God's mission. The church cannot compromise its mission of salvation, humanization and transformation of the world in the power of the Holy Spirit. Under all circumstances, the church is called to remain faithful to God's mission, which is a mission of love, hope, reconciliation and peace with justice.

This is a call of our forefathers and foremothers who for centuries in the Middle East, in the birthplace of Christianity, prayed together, reflected together, worked together to restore the unity of the church. Persecutions, suffering, oppression and massacres have marked the history of the church in our part of the world. The life of Christians has been one of martyrdom in life and even in death. The upheavals and vicissitudes of history have never undermined and weakened the firm commitment of churches to witness and evangelism. The spirit of creativity and openness towards their neighbors has become the sustaining power and driving force of their life.

The churches of the Middle East have brought a significant contribution to the cultures and civilizations of the region. They have promoted human, moral and spiritual values. They have become the pioneers of human rights in spite of the oppressive role of the Ottoman Empire and autocratic regimes. The survival of our churches in the midst of massacres and persecution is, indeed, a miracle. And miracle is the fruit of faith and hope that have undergirded the life and witness of our churches.

This call of Christ echoes with renewed emphasis and urgency in a Middle East torn apart by uncertainties, polarizations and conflicts of various nature and scope. Violence in all its forms, dimensions and manifestation has become a daily reality in the life of societies. The impact of these realities on the life of the churches is far reaching, indeed. What the outside world sees on the screen of television and computer is only a small portion of what our people experience daily.

The life of Christian communities is seriously threatened. The survival of Christianity in the Middle East is at stake. Resignation or alienation has no place in our life. We remain firmly attached to our lands, to our rights and to our God-given mission. In 5th century, at a most critical moment of Armenian history, when the very survival of our nation and faith was threatened, the Armenian people said with one voice: from this faith no one can shake us.

Today, in the face of the growing threat of extremism, the churches of the Middle East say with renewed faith and hope and with one voice: from our faith, from our rights no one can shake us.

Unity is a source of strength. Let the theologians discuss Christological, pneumatological or dogmatic issues that caused divisions in world Christendom. Unity for the churches of the Middle East is: being together, praying together and working together and giving concrete and visible expressions to our presence in the region.

Unity is both a gift and call of God in Christ. Let us accept in humility and obedience the gift of God; and let us respond with renewed commitment to the call of Christ.