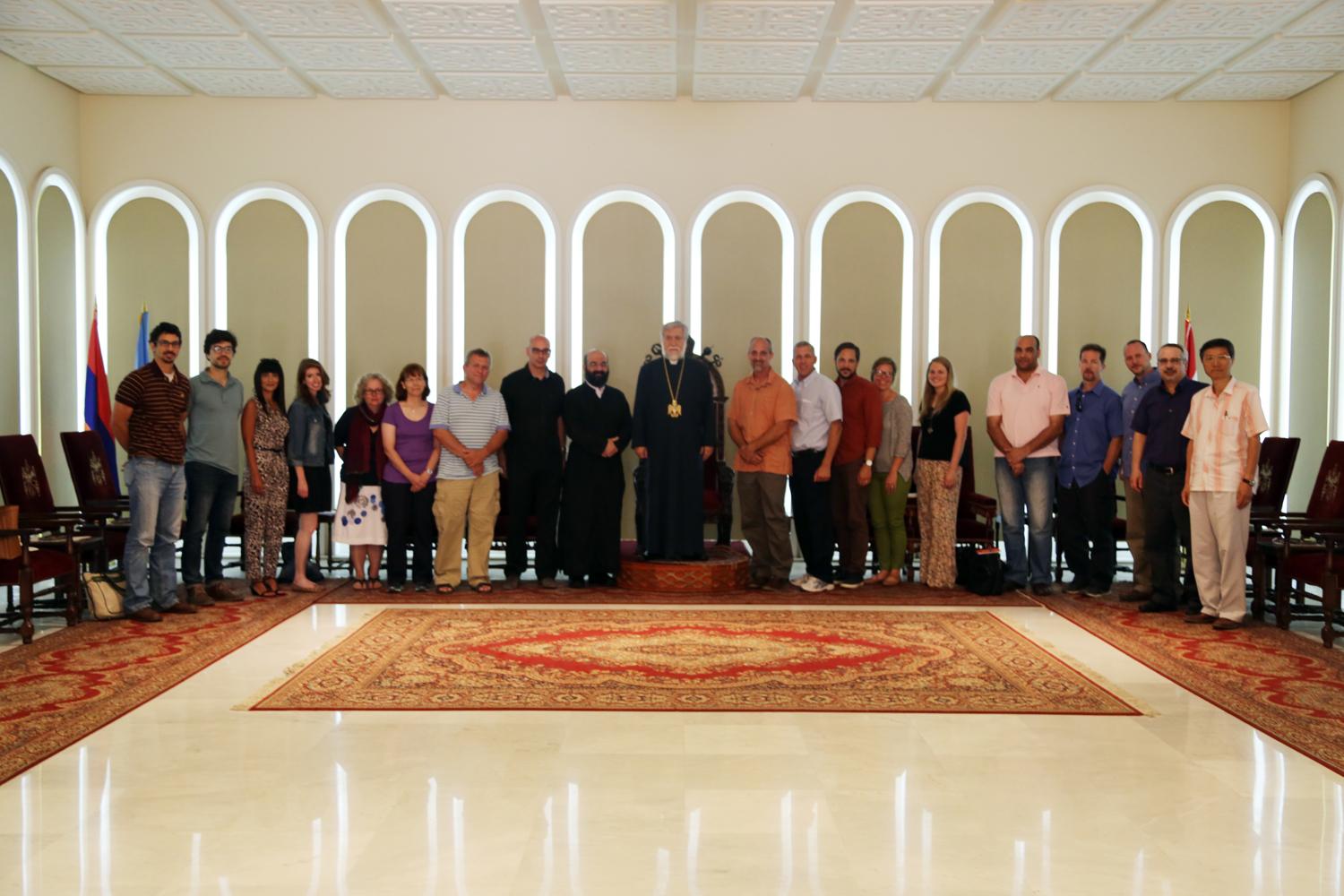 26 June 2014. On Thursday 25 students from Germany, the United Kingdom and the United States of America majoring in Middle East Studies and accompanied by their professors met with His Holiness Aram I in Antelias.

Catholicos Aram I introduced them to the Armenian Orthodox Church and spoke of the Christian presence in the Middle East . He also addressed the issue of ecumenical relations both regionally and globally.  During the question and answer period the Catholicos also spoke of the Armenian Genocide and Armenian-Turkish relations.

At the end of the meeting, the professor from the Middle East Studies Department of Oxford University invited His Holiness to Oxford to lecture on the topic, “The Middle East Today and its Challenges to Christians.”