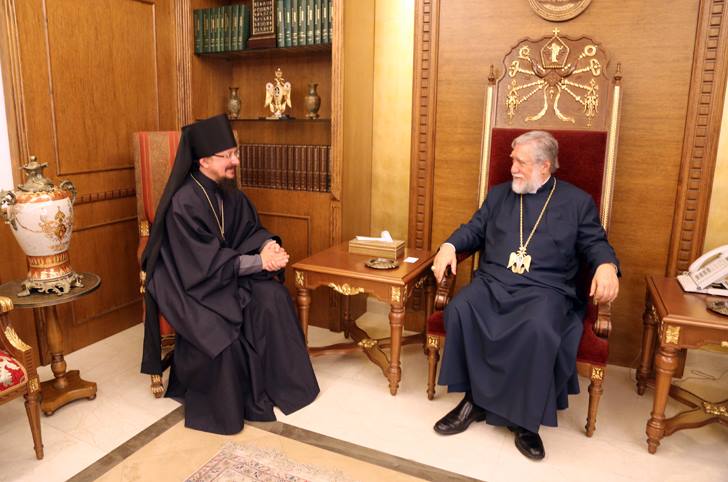 On Friday, 13 June 2014, His Holiness Aram I received Bishop Arseni, representative of the Russian Orthodox Church in Syria and Lebanon, in his office. The bishop transmitted the greetings of Patriarch Kirill. He then explained the purpose of his visit, after which they discussed the situation of Christians in the Middle East. Catholicos Aram I then asked the Bishop to transmit his greetings to the Patriarch, an old ecumenical colleague.

Later in the day, Rev. Pierre Lacoste, representing the French Protestant Federation, met with His Holiness. They spoke of the long friendly relationship between the French and Armenian people, and the Catholicos expressed the Armenian people’s profound gratitude to France for their support of the Armenian cause.