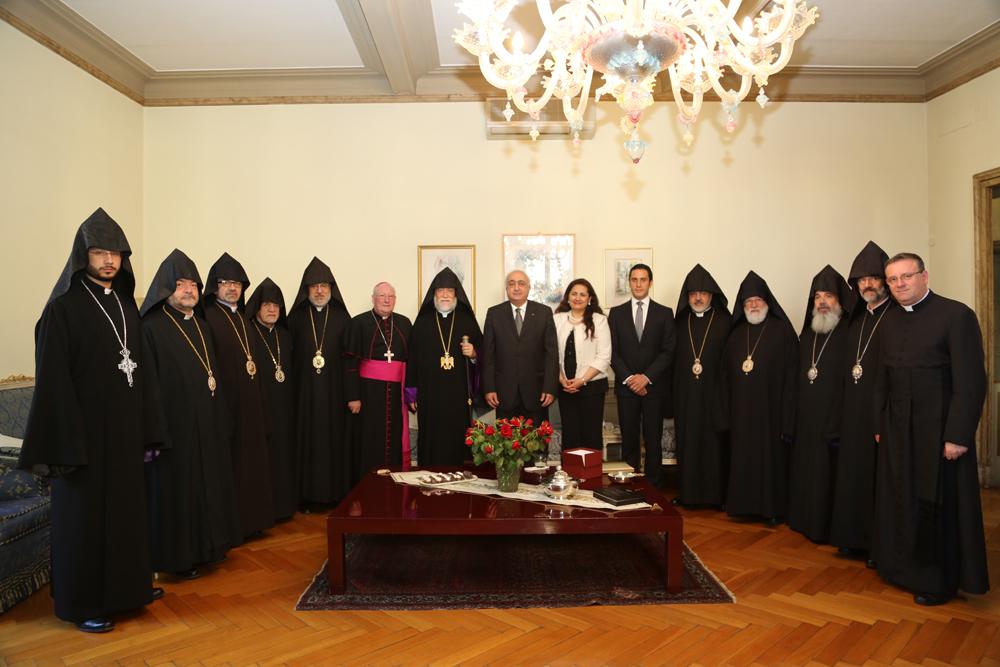 During his visit to the Vatican, His Holiness Aram I also met with the ambassadors of Armenia and Lebanon.

After these meetings the Lebanese ambassador General George khoury stressed the particular importance of His Holiness’ visit to the Vatican, for the Middle East in general and Lebanon in particular. He reminded that Pope Francis has always showed his support for the Christians in the Middle East. His Holiness in his turn emphasized the importance of unity and peace in Lebanon as well as electing a president for the Lebanese republic as soon as possible.