The two Catholicoi presided over a Commemorative Service honoring the Martyrs of the First Armenian Republic at St. Etchmiadzin 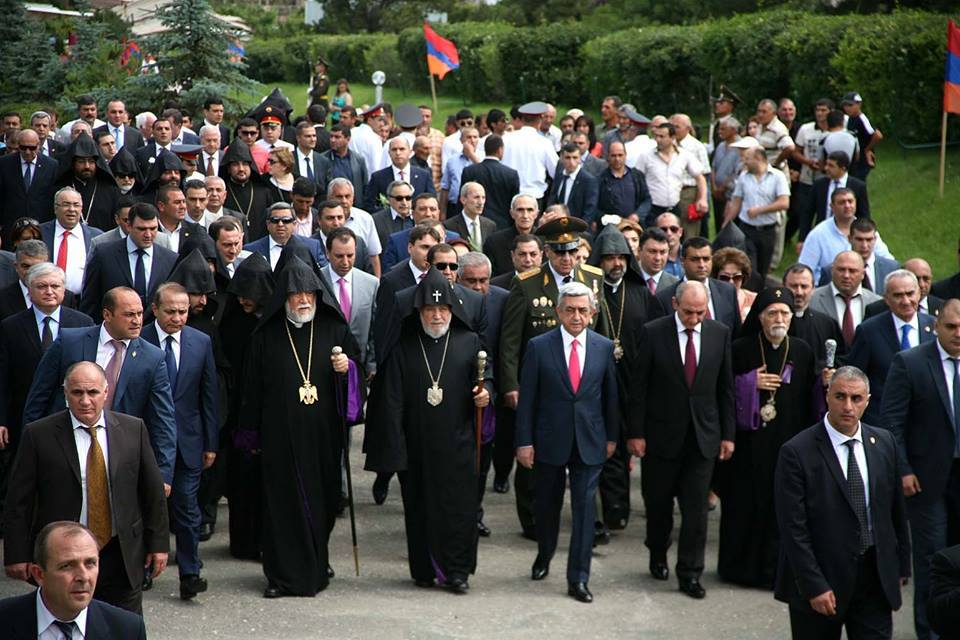 Antelias – On 28 May 2014, Holinesses Karekin II and Aram I presided over the Liturgy commemorating the Battle of Sardarabad. President of Armenia Serge Sarkissian attended service. After the requiem service, the two Catholicoi addressed the people. The ceremony ended with a message from the President.

Later in the same afternoon a special thanksgiving service was organized honoring the Catholicoi. During the service Holinesses Karekin II and Aram I addressed the public and encouraged all Armenians to focus on strengthening the Second Republic.

In the evening, the two Catholicoi were the guests for dinner of the Prime Minister Hovig Abrahamian.